This time on the Forge, we'll be discussing names. Specifically, we'll be talking about names for characters and how I go about finding them. That is not a typo, readers, as I do go about finding them instead of trying to create them. This is another area that I have struggled with over the years. Generally, when I make a name up it sounds (in my ears) like something from a bad sci-fi movie from the 70's.  Yet, I have managed a few methods for developing character names and I would like to share them with you.

Finding the right name for your characters is hard. Well, it is for me most days. Every once in a great while, a name will burgeon in my mind without any effort whatsoever. The name, Oarfloat Bogle (Bogie), for instance - a character I placed in The Adventures of Sparky McWingnut and the Red Arrows - flew into my funnel as I was kayaking on Eagle Creek Reservoir. However, most of the time I struggle to place the right name with the right character.

David has taught us that if the character is relevant to the story, then he/she/it deserves a name. Conversely, if the character appears briefly or only just the once with little to no bearing on the plot (Think red shirts on Star Trek), then the character should remain nameless. With this in mind, I approach every name with great consideration. What do I want that name to convey? What emotion do I want it to evoke when the reader sounds it out? Does the name have a historical connotation or meaning? In short, does the name fit the character?

Initially, I would troll the baby name generators as they are readily available with any ethnicity one might desire. I was even able to find one or two that had middle English, olde English and Breton names replete with translated meanings. I will admit that a few of those early forays have placements within my novel even today. Yet, as I dug deeper, I found that most everyone - novice or otherwise - was making use of the same scheme. It seems rather plain to me now, but at the time, I thought I was being immensely clever. Alas, such is always the way with hubris.

History is another great source of names. However, it is a bit of a minefield. Well known figures in history are too easily recognizable even if you mangle the name to your own ends. Also, there is power in a name. I'm not saying the power of compulsion or to summon demons from the depths, but rather the influence on the writer of the historical figure that originally owned the name. For instance, you cannot use a derivation of Arthur without finding yourself skewing the character towards King Arthur of Camelot. Or some derivation of Caesar without finding yourself writing some version of "Veni, vidi, vici" in a pivotal scene.

My next tactic was to use several online and paper bound translation matrices to find words in other languages such as ancient Greek, Latin, Welsh and Irish Gaelic that meant the emotion or concept I was trying to convey. This had limited effect as a majority of these words (especially in Welsh and Gaelic) and very difficult to pronounce, bordering on impossible for the American palette. In our workshops, I found that most people stumbled over these words, which disrupted the flow of the story. The concept was not without merit, but the end result was not as desired.

This left me with my current enterprise. Finding names within the real world that can be translated into my fiction. I am ever on the lookout for the unusual. I scribble these names down on the myriad of paper pads I have scattered about my life. One I found inscribed on a stained glass window in a church. Another was the name of a server in an Irish pub in Minneapolis, MN. I have found several within the end credits of one or other cartoon shows my son likes to watch. I am guessing that you, dear reader, are looking for examples of the magnificent finds. All that I can say is that I do not wish to give away all my secrets to the blog.

Finally, I have a few other blogs on the subject (Yes, Virginia, there are other writing blogs on the interwebs) and other than confirming that everyone else is doing the same thing that I am, is that there is one  last thing I have not tried. One author suggested strolling through graveyards to glean names from the moldering tombstones. I have enough of a macabre streak in me to try it...in the daylight...,but I fear the names that I seek are in ancient graves far across the dark and restless ocean. 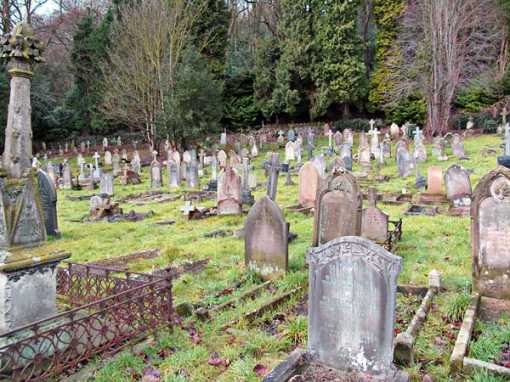