I know where I want to go in my World War II novel, and I'm pretty sure how I need to get there. So, I'm not stuck. I just can't get beyond two new chapters that I added to the original draft.

No, no, no... It's not the usual beasts that are digging their claws into me: historical accuracy, endless research cycles, loss of faith in my talents -none of those things. My story is undergoing an operation of sorts that I'll refer to as the "get to the love interest, damn it!" transplant procedure that my friend and fellow Forger, Heather, politely suggested in the last round of critiques. Oh, she's not alone. Several of my colleagues have pre-approved the novel for the same surgery. They are the experts, so on the gurney it goes!

I have touched on the characters of my story in a previous post: http://www.fictionforgeindy.com/2013/08/imaginations-end.html. Gauthier is the protagonist, while his Bannfuherer Orlin Steinach is the love interest, of sorts. I have submitted four chapters (about 57 pages) of mostly Gauthier at center stage and in a modified close third. I hint at Orlin Steinach's strange demeanor, through both Gauthier's thoughts and in the letters he writes to his imprisoned mother. I allow a peek through the curtains on the relationship dynamics via a short, terse series of dialogue. Alas; all breath, nothing concrete. I did this purposely, of course, to keep the reader guessing on what binds these two oddities. I wanted to maintain a level of mystery and ambiguity, knowing that, by the fourth chapter, BOOM! Orlin Steinach is in your face (and Gauthier's, too), and we learn quite a bit about the man in a kind of character overload.

Not good. By the time the reviewers reached chapter three, they were not only 'overloaded' by the emotional darkness as experienced through Gauthier's thoughts and scenes, but they were getting lost in the style of realism that I am utilizing. So, in the last couple of months, I have been melding chapters (part of three became two; part of five was added to the original four), toning down the darkness, sharpening the plot, and writing new chapters to introduce Orlin Steinach sooner, rather than later, and string along the chapters that follow while maintaining the time frame of historic events. And... No boom. Orlin Steinach comes through powerfully, but not in your face.

And this is where I'm stuck. Although seemingly minor, adding a chapter or two can change the entire dynamics of the novel as a whole, (Warning: Science Analogy ahead) much like one or two mutations in a gene can totally change the translated protein structure...and function.

(Let's go with fabric...) What I have done is tantamount to taking one end of the bed sheet and snapping it in the air, sending ripples throughout the story arcs and overall story structure. I'm also changing the color of the fabric to a lighter tone at one end, leaving me a lot of bed sheet yet to bleach out.

I'm fine with the mutations and the Clorox, because the realism style needed more grounding, and so did the characters. Yet, I don't know how I am going to build on top of the new foundation that I have poured (a concrete analogy? Okay...). I can build a better structure, but it's going to take me some time to envision it. While I have created new space on the first levels for my characters to dwell, I have left this author with little wiggle room in the old, stately penthouse. I don't want to be stuck up there and hold up the construction. Time to pack and move out. 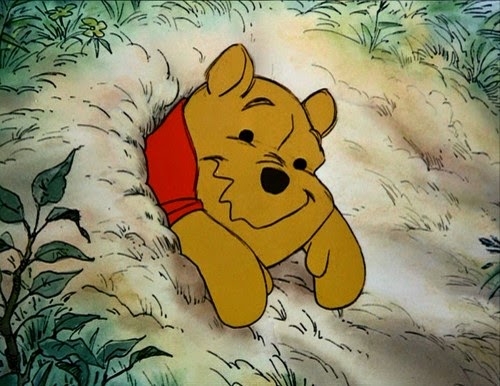 Posted by Randy Wireman on May 09, 2014
Email ThisBlogThis!Share to TwitterShare to FacebookShare to Pinterest
Labels: Wireman