I have, actually, written two novels in my lifetime. The second is the series of tomes (I have plans for at least five) dedicated to Darby and his descendants. Yet, there was another. My first. It was written in that  time of formative darkness before the rules of grammar and plot were ingrained in me. A novel that will never see the light of day, save for what I tell of here this night.

I wrote this story, by and large, for my friends from high school. Despite the challenges of surviving an eastside high school, I was able to make some enduring friendships. I was the first of us to gain a driver's license. I was, also, the first to have a car. A powder blue (many called it "Smurf Blue") VW Rabbit. At any one point, there were usually five of us in the car, though I seem to remember that the record was nine. We called it the U.S.S. Fred.

The story of the name goes like this. One Christmas, I was given a statuette of St. Jude - patron saint of hopeless cases - to affix to the dash of my car. I was told that it had something to do with the way I drove. Not wishing to anger the deific being who was most likely responsible for my surviving to that point, I duly affixed the figurine and motored onward. One of my regular passengers was Little Mike (There were three of us: Little Mike, Middle Mike, and Big Mike) and he had a devil of a time remembering the name, Jude. Thus, in his off center pragmatism, he called the statue, Saint Fred. The name stuck.

I am and always have been a geek. I've mentioned this before, but it worth repeating again here. At that time, there was only the original Star Trek (Kirk, Spock, Bones, et al) and I was a fan. Thus, it was no great leap that my VW Rabbit became (in my adolescence fueled mind) a "Smurf Blue" space ship named Fred. Over the course of those years, an entire story evolved around my friends and that car and that is what became the basis of my first novel.

We graduated and scattered to our separate paths. I went to college and spent the next two years working in stolen moments on this story. In the end, it really was an awful thing. Yet, it was a tale that I needed to put on paper - if only for us. Perhaps, someday, I will pull the sheaves of college ruled paper out from the filing cabinet and revisit the story. Take the hammer and tongs to it to forge something new that won't make the world cringe to read it. 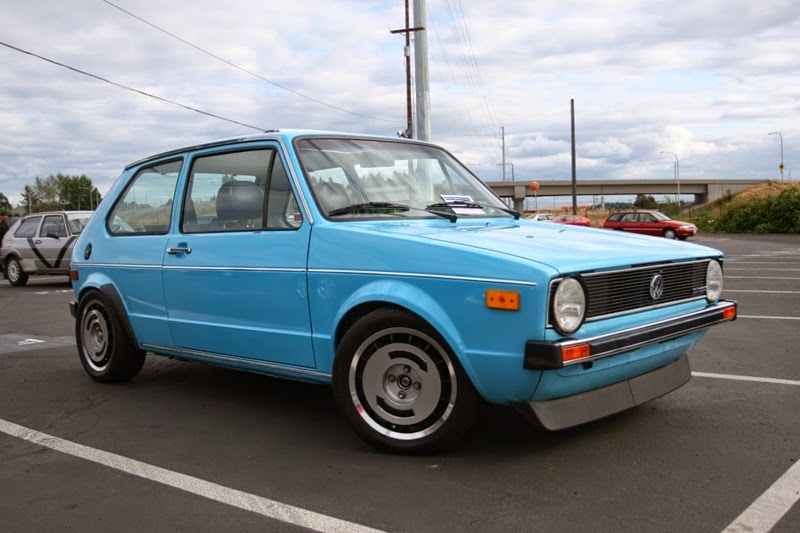