When I was a kid, my parents always bought a Scotch Pine for our Christmas tree. Now, for those of you who don't know, Scotch Pines are the most prickly of evergreens. Each needle is like a holiday hypodermic that jabs your skin as you manhandle the never quite straight tree about.

My father would make us wait until the week before Christmas to buy our tree.  He told it that it was because he wanted to get the freshest one, but really, it was because they were on sale by then. My sister and I, though, we didn't care. Getting the tree meant Christmas was almost here! I was particular about my trees back then. I had to see everyone before I could make my choice. I know it must have tried my parents patience to the utmost, but I had to have the right one. I remember the nursery (it was almost always freezing beyond measure when we did this) with all its trees hanging from ropes, making a forest of slowly spinning trees that I wandered through in holiday overdose. They all had some flaw or other. A crooked trunk or a gap big enough to drive Santa's sleigh through were the usual culprits. My mother would always look at the gap and say, "Well, you have to have a side to turn to the wall."

Once home, the base of the trunk had to be cut - at least one inch above the old cut - and then the tree had to be placed in a bucket of water over night to "let it fall out".  When I was old enough to pull the saw without cutting off my hand, I became the official tree preparer. Have you ever tried to saw a Scotch pine with a dull hand saw? It took me ages.

Then there was the stand. Four legs, four screws, and as much red and green frustration as one could handle. My father would do this part before I was old enough to take over. I believe I learned most of the curse words I know from watching him try to correctly align the bolt holes with the  legs and not have it all implode like a dying star. Yet, he always managed and I admire him all the more for it.

Next came the lights. Two strings of C7 lights circa 1950 that put off enough heat to warm an Eskimo's igloo (I used to melt strands of tinsel on the bulbs when no one was looking). I remember stringing them out and checking for bad ones. You had to be careful not to leave it on too long or the bulbs would get too hot to touch. Once on the tree, extra time was taken to switch out bulbs that were like colors next to each other. We always had a box of spares for that pesky extra yellow that had faded or that blue that just went super nova near the top.

Tinsel. My mother loves tinsel. Every picture we have of every Christmas tree since my sister and were babes, the tree is covered in tinsel. Now, it was just enough that the tree had to have tinsel. You had to put it on the right way. It had to be draped  on as is you were painting the tree with it.

I am older now and as I look at my reasonably straight, soft-ish needled Fraizer fir with it's LED lights and fiber optic angel, I can't help but think of those Christmas' past. I remember these things now, but we didn't care about them then. Here in the longest darkest part of the year was a lighted beacon of childhood joy. 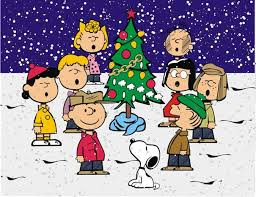