Settings are, indeed, a crucial part of any story. The Professor talked about this very subject in her last post. In turn, then, I would like to expound on that topic in as much as it applies to the fantasy. In our end of the pool, we call this world building. 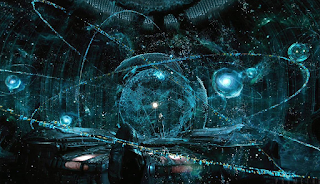 As impressive as that sounds, it really is nothing more than creating setting on a large scale. For us, it is not enough to just say, "This story is set in 1100 AD in Moor controlled Iberia" That's only the start of it. To have a really great story in this bailiwick, you've got to have so much more. I suppose that's true of most any story, but it is truly essential for any modern fantasy novel. To do it well, you've got to know the name of every river, mountain rage, tribe, bird and beast and how each of these relates to one another. If you have magic (and who doesn't?), you have to know how it works and under what circumstances it doesn't. If you have varied races of creature, you must know their strengths and limitations as well as a good concept of their societal rules. You must have all this in place before you even begin to outline your plot.

Now, granted, some of these things will change as your story unfolds. Your supporting character can't be a part of the "band of heroes" if he comes from a race of violent xenophobes (Think the Crikit robots from Hitchhikers Guide to the Galaxy). Certainly this one individual could be different, but it makes it hard for the reader to believe such a thing could happen. Thus, the author must adapt by creating rules for the society that might just allow such a thing. I'm not saying that all these things will make it to the page, but they have to be there in your head as you write.

The world you build needs to be believable as well. It is a fine line in this genre between "suspension of belief" and just plain silliness. Take, for instance, my post "Graveflower". It's a much older version of scene that still exists in the current version of my novel. You'll notice, then, that there is mention of two moons in the excerpt. While this is not explicitly out of bounds, it does take the story off world as it were. This puts it in the realm of sci-fi and that isn't what I wanted from my novel. Thus, the current version only has the one bone white moon that we ourselves see most every night.

It is easy to get lost in all this creation. The amount of research required (if one is to do it right) is daunting, but in an exciting way. Those of us who write this genre (and I include the more successful names in this) tend to geek out in this part of the process, much as historical fiction writers get lost in the history.

I could go on about this, but I've rambled too much already. I will leave you with this: Setting is like the Force. It has a light side and a dark side and it binds the universe of you story together.


"Upon first witnessing the glory and splendor of the Universe, they casually, whimsically, decided to destroy it, remarking, "It'll have to go."" - Douglas Adams 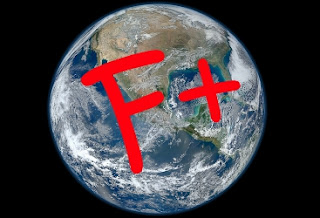