Here's another excerpt from the Korean exploits of Meg at a kindergarten school.  Suzy, the Korean teacher who manages the foreign teachers, is gathering a meeting in this scene.

And then Suzy was there.  Sometimes she would strut up slowly as if she wanted to establish herself as a beautiful, four-foot-ten, fortyish businesswoman that could handle anything with poise and calm.  Other times, like that moment, she would simply appear, and despite her height, she might as well have been breathing down one of the teachers’ necks.
She wore a fitted, light pink suit with an A-line skirt and three-inch heels, which on her tiny 90-pound frame, might as well have been five-inch heels.  “Let’s have a meeting.”
Suzy and the other teachers gathered in the small room off the lobby intended for new parents visiting the school.  The bright decorations and mold-free walls almost made the school feel friendly.  Suzy stood, positioning herself so she could see out the window into the lobby, but the teachers sat on the small, plastic chairs, suited for small Korean asses and faded from ten years of use.  Her round face scrunched, making it seem wider and less proportionate with the rest of her body.  Her large, expressionate face might roll off her tiny neck and shoulders some day.
Meg wondered why all the rooms had windows.  She imagined that the owner Joe and his wife liked to walk around and look in the windows, watching and listening to everything that happened in the school, waiting to jump into a classroom and ridicule a student or teacher when necessary.
Meg had not seen this happen, but she had heard the stories.
Tom stretched out his long legs and seemed more comfortable than he should be in the tiny chair.  “What’s up, Terry?  You got a bee in your bonnet?”
Suzy smiled.  Her wide face opened up and she looked almost beautiful and not so serious.  “Bee in my bonnet?”
“It’s a phrase,” Tom said.
“What does it mean?”  Suzy’s English was excellent, unlike many Koreans in the city.  She had studied in California for college.
“It means you want to talk about something.”
“A bee in my bonnet means I want to talk about something?”
The others jumped in, trying to offer a better explanation.  Meg remained quiet, listening with a smile.  Tom excelled at lightening Terry’s mood, but he also tried her patience when she needed to talk.
“I understand,” she finally said.  “It means something like a bee is buzzing too close to me, bothering me, making me want to talk about something.”  She nodded slowly.  “Yes, I understand.  Yes, I do have a bee in my bonnet.” 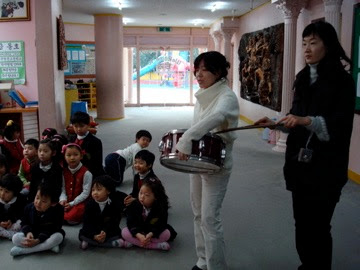 Posted by Heather McGrail on October 20, 2015
Email ThisBlogThis!Share to TwitterShare to FacebookShare to Pinterest
Labels: McGrail