Lately, I have taken to watching the TCM channel. I can't say why this sudden penchant for musty old movies, but here we are. Truth be told, though, I've always had an interest in older movies. I had a special fondness for black and white as well as silent movies. It was while watching one of these classics that I came upon a minor epiphany.

Now, you see, one of the greatest tenants of writing is "Show. Don't tell". I could write yet another treatise on the how and why of this paradigm, but you can find just as good as I could espouse in any library. Yes, I said a library. However, I've discovered another way to look at this ancient axiom.

Silent movies. The most common choice (I base this on little to no research) for this topic would be Charlie Chaplin or Buster Keaton. Brilliant actors, of course, who were exceptionally adept at evoking emotion and humor without the aid of dialogue. However, I would like to take this conversation in another direction. For, the movie I was watching at the time was "The Wind" which starred Lillian Gish. 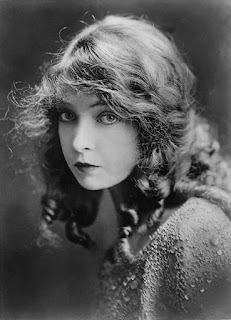 Consider it then. In silent films, there is nothing to move the story along that we take for granted in our time.

But, Dr, Moir, it's a movie not literature.

Nonsense, dear reader, the rules apply to all story telling no matter the medium.

In 1928, there is very little in the way of special effects (though they did an admirable job for the time) and - most importantly - no dialogue. Let's consider that then in the context of your work. Could you, dear reader, write your story without dialogue? Could you write your whole story without some much as a single monologue? Could you evoke the emotions you want to portray or pull your characters along with just description? think, then how hard it must have been for the writers of the silent films to produce such empathy and still relate the story.

If you want to consider another viewpoint on how to evoke instead of discuss, watch this film. See how Ms. Gish portrays her descent into madness spurred by the horrific conditions of the Dust Bowl. Ignore the sporadic cut ins of text and simply take in the deft in which the story is told.