Biographical sketches are essential to adding dimension to your characters. I may not always write them out, but they are there just the same rattling around in my brain as I write. However, when I do write them out, they end up something like this:


My name is Lucan Wold. I was born on February 29th, 1904 to Hiram and Farla Wold in a small, third floor apartment in Yonkers, New York. My father always said I came into this world at the stroke of midnight, but my birth certificate states otherwise. 12:03 am, to be precise. Though mother always claimed that the clock in the hall hadn't finished chiming before I arrived. 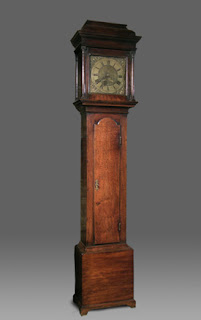 Four other children followed me into the family: Sarah, Abigail, Lillian, and Max. Sarah was lost to scarlet fever in 1915. Lilian was taken by polio in September of the following year. Sara's death wrecked my father's heart and the loss of our gentle Lilly buried it. Mother was, of course, disconsolate, but she had Abigail and I to carry her through. And, there was little Max.  He was too young to understand death and it's finality, so he lived his innocent joy despite our sorrow. We carried on and lived our lives, though father remained hindered by a grief that could never quite heal.

They are all gone now. Abigail lived into her 80's having survived the Titanic ( she was fortunate enough to be pulled from the sea before she froze) and both World Wars working as a field medic. It was her heart and not her spirit that failed her. Such a full life takes its toll and, in the end, the clockworks simply ran down.

And Max...ah, poor Max. After Mother passed, he was set adrift. I looked after him as best I could, but his adult life was littered with failed and wistful dreams. He was swallowed into the world after Abi left us for her last adventure. I spent nearly a decade afterwards searching for him only to find him near his end  in a makeshift shelter in the empty lot where our apartment building had once stood. 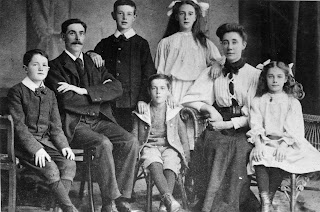 I am Lucan Wold. I am the eldest son of Farla Erefina Wold - First Wiccan of the Wilderwood Coven. I was born at the witching hour of the Leap Year Day and I am (though I loathe the term) a Leapling.