"The Discipline of the Hazel-Nut Seed and Growthe"

Dear Students of the Forge,

I'd like to share a neat writing exercise that...hey! Where are you going? Don't move that cursor to the 'x' tab. You don't have to engage in this exercise. Geez. I'm just sharing with you an exercise that I wrote based on a Persuasive Argument module. I am quite proud of it, and even The Professor, Heather McGrail, okayed the exercise before I presented it. So it has to be good, I tell you!

I'm not a teacher. I'm not a professor. I'm not even a teacher's pet (although Heather brushes me from time to time and feeds me apple slices with peanut butter through the cage bars). I don't write exercises, so I am excited to have pulled this off for the Indiana Writers Center workshop that all of the Forger writers on this blog participate from time to time. It's a big deal to ask other hairy members of the cage to give up precious nut nibbling time and paw face-washing and engage in any kind of exercise beyond the wheel. (I'll end the pet analogy right after this period: .)

So, please read on and, maybe...just maybe give this Persuasive Argument writing exercise a try? If you do, then I'll grab Keith's hot coffee the next time I see him and pour it on his girlie toes (how's that for persuasion?).

The Persuasive Argument module I based my exercise on first details a scene of a disagreement or serious problem and then gives the writer three or more possible "paths" of another action or scene that happens soon afterwards. Sounds strange, doesn't it? Even stranger, this module does not allow the writer to make up a result of the path chosen. The module already has an ending written for you! And that ending is only given to you AFTER a particular path is chosen. Thus, what you do is write a scene or characterize how the argument was persuaded or how it failed that ultimately led to the ending. As you can imagine, this makes for some good, honest inventiveness on persuading an argument situation that was NOT created by you and possibly allows for some great creative malice or anecdote.

Yes, the creator of this exercise failed to properly man his own machine. I wanted to write a descriptive scene, but instead I wrote a 'declaration' of why this ending happened in this particular way and not the how or why the result came about and based on a particular persuasion. My character failed to struggle at all. He just found a soap box to lift his girlie toes onto (no; not Keith). I won't share more of what I wrote, because I don't want to tarnish the exercise for you. HOWEVER, I was impressed by how the other workshoppers who completed the exercise did so in their own, unique writing style way. So much talent all around. One of us summarized the argument with deep philosophical reasoning, while another summarized the argument but also provided a 'happy' ending to it (extending beyond the argument- so cool). And another workshopper by the name of Heather McGrail wrote an entire scene that captured not only the mood of the argument and the internal struggles of persuasion to realize it, but also perfectly detailed the moment that put us in that moment. Again, I can't tell you much more, so...

The Persuasive Argument Exercise (based on the clash of the Irish Friars in 1291: Cork Friars):

Thomas Stone, An Irish Franciscan friar in Cork, Ireland (1290) known for his hazelnut groves and his study of the tree is directed through an order by the Pope to destroy his increasingly popular books on the “The Discipline of the Hazel-Nut Seed and Growthe”. The Pope has determined Stone’s analyses of the hazelnut does not properly evoke or detail the Hand of God in the seed’s development and the tree’s fate. Yet, in a carefully worded letter, the friar begs the Pope to save the books for future awareness and asks for the books to remain accessible. He implores that seeds were created by God, so whether a seed sprouts or dies is indeterminate of God’s Hand, “…by no fault of the Creator, but solely to the natural elements”. The Pope then orders Thomas Stone to the Vatican and, “…(to) bring those wicked, detestable, and sacrilege books with you!”

Pick one of the following paths created by the argument

A. Before boarding the boat to the Vatican, Friar Stone packed his Hazelnut books into his knapsack and also placed a single hazelnut seed inside his pocket to take with him.

B. Before boarding the boat to the Vatican, Friar Stone burned his Hazelnut books and placed the ashes into his knapsack. He also placed a single hazelnut seed inside his pocket to take with him.

C. Before boarding the boat to the Vatican, Friar Stone hid his Hazelnut books inside the walls of his Abbey and placed a single hazelnut seed inside his pocket to take with him.

…And now, here is the result of whatever choice you picked!

Before the friar Thomas Stone left Cork, he planted fifty hazelnut seeds in fields beyond the Cork village gates. When at the Vatican, he planted one hazelnut in the Pope’s private garden without the Pope knowing it. 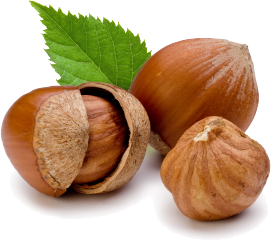 Posted by Randy Wireman on February 25, 2017
Email ThisBlogThis!Share to TwitterShare to FacebookShare to Pinterest
Labels: Wireman