As I have mentioned before, dear readers, I am endeavoring to post snapshots of current works on a regular (more or less) basis. This is one of those times. What follows is an excerpt from my Wild Man series. Please enjoy and leave comments if you wish. 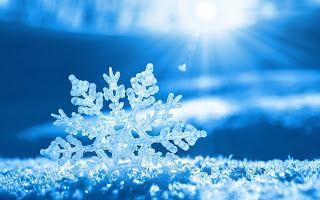 A single flake of snow drifted downward, coming to rest on a petal of the Flower. Havelock grinned wickedly. The Wild Man shouted. Francis hissed.

And then, the snow stopped.

It was not that the storm had passed, but rather that the snow simply stopped falling. It hung in the air. Each and every creature within the clearing paused. And in the stillness, a woman’s voice was heard singing.

A woman, dressed in russet and orange, stepped from the trees at the far side of the meadow. Tall and thin, with hair the color of loam, she crossed to the stone to stand facing the Wild Man. She held a wand of curled witch hazel, which she twirled in lazy circles as she sang.
The Wild Man looked about. Nothing stirred, not even a mouse. The woman crossed the glade with barely a whisper. Snowflakes parted around her and swirled in her wake as she passed. She drew near the stone and paused opposite the Wild Man.
“Ever here, ever there;” she chanted. “I find you, ever here, ever there.”
The Wild Man began to circle the stone, holding his staff close to him. The woman did not lower her wand, but began to move around the stone in the same direction.
"Time and Tide wait for no man.” He said as they circled.
Stopping suddenly, he looked around and said, “Survey says! Agatha le Fey!”
He blew his breath at a snowflake that hung in the air before him. “No man is a failure who has friends.”
A smile quirked Agatha’s lips as she also stopped. She lowered her wand and said,

And in that frozen time, the two stood across from one another unaware that they were not the only ones untouched by Agatha’s spell. Havelock cowered where he had stopped, crouched and ready to spring away. His black eyes darted between them daring not to move for fear of being noticed. After moments when only the frost of their breath stirred the air, Havelock leapt forward. He reached out, but had his hand swatted by Francis’ claws. Black blood oozed from the scratches on his hand.