When I was younger, back when cuneiform was still in use, I spent many summers at the various State Parks here in sleepy Indiana. We are not blessed with Great Lakes or clear rivers that run through bucolic hills here. No, we are far too landlocked and agrarian for such things.There once were, however, forests that once grew dense enough to allow a squirrel to pass from one border to the next without ever touching the ground. Swamps and fens were prevalent prior to colonization, as well. 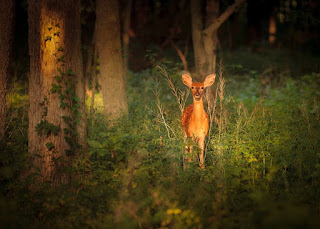 Our rivers and streams were once of a quality to be called Clear Creek and White River due to the clarity of their water. 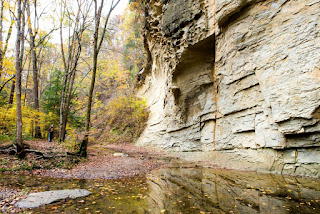 But, alas, the pioneers stumbled in, looked about and said, "Well, this will all have to go."

What is left to us now are remnants of forests and reservoirs for lakes. And yet, I didn't care in those days about such things. To me, it was all about driving the boat and spending the evenings by the camp fire. My grandparents would take me fishing for a week or two at a time most summers. We'd spend the entire day on the water (no matter how hot or rainy it was) fishing for whatever would take our bait. They grew up in the Depression, so my grandparents kept most everything they caught no matter the size. I thought it was funny at the time with little consideration for the why of it. Yet, the time spent together on the water and at camp were some of my best moments.

I could tell you stories of my grandfathers antics on these trips or better still, those of my cousins, but that will wait for another time. The time on the water in that 1963 Starliner ski boat was memorable to be sure. The sight of any old Evinrude outboard brings me back to that boat immediately. 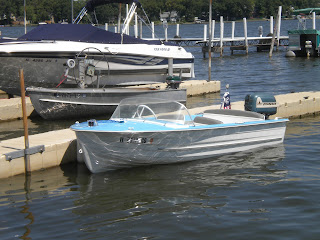 But, it is the smell of wood smoke and the site of an old rusted fire pit ring that pulls up the best memories. My grandmother would start cooking in the camper as soon as we got back from the lake. Fried potatoes and canned corned beef were my favorite dishes (though it's a wonder I'm still alive after eating all that) and she would cook them for me at least two or three times while we were there. I (or my cousins and I, if they were about) were in charge of putting up the old canvas tents. There were two stored in the loft of their garage, one blue and one tan. My grandfather could never remember which one leaked, nor which one the poles fit so we always ended up taking both. Truth is that they both leaked and the poles only marginally worked on either. The canvas was heavy and smelled of damp, but it gave us something to do while dinner was being prepared. My grandfather would typically would set about cleaning the fish - a task I did not wish to participate in at all.

After dinner, as the gloaming of the night began to settle and the tree frogs began their chorus, was the time to build the fire. I took great pride in my skills at fire building. My grandfather, the former Scout Master, taught me the proper stacking techniques and what to use as kindling. You must have been an excellent Boy Scout you say? No, we didn't have Boy Scouts where I lived. Yet, I learned on the job, as it were, and tended my fires with dedication, I can remember lying next to the fire with my IBC Root Beer staring into the flames, listening to my grandfather cuss at the tangled fishing line he was trying to straighten and my grandmother cussing at him to stop cussing so loudly. I barely noticed, though, as it was during these times that my mind would drift away lost in some dream fed by the light of the fire before me and anchored to memory by the smell of the wafting smoke. 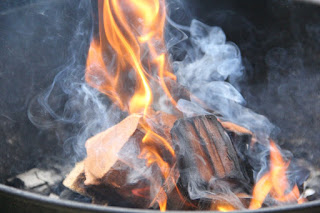