We added another cat to our house this year.  We felt that our professional bat killer Gabby, needed some company.  Knowing how temperamental the bat killer can be, we were a little worried about how she would react to another cat in the house. She is a very selfish type and extremely territorial.  She doesn’t hold back her feelings and will slice and dice you if you cross her.  So with a crazy bat killer living with us, we were kind of second-guessing the thought of bringing in Nash.

Nash is our new-to-us rescue cat.

My boss’s family adopted him from a rescue shelter.   He is extremely shy and skittish but has a heart of gold once you gain his trust.

His story is a little terrifying.  A coyote or a dog attacked him, when he was a few weeks old.  The attack left him with a broken left jaw and major damage to his left front leg.  The leg could not be saved, so it was removed.  His jaw recovered fully.  So tri-pod Nash grew up learning to function with three legs.

It is amazing what he can do with only three legs.

My boss’s wife has a mild allergy to cats.   They got Nash because their kids wanted a cat.  Once there kids moved out to go to college, they decided to find a new home for Nash.  So they asked my wife and I if we would be interested in taking Nash.

We sat on the idea for a few months, worried what the bat killer would do to goofy, three-legged Nash.

Would he be able to defend himself from the bat killer if needed?

We could see how much attention the bat killed needed when we were home.  We knew she was lonely when we were away at work.

So we decided to bring Nash in and hoped for the best. 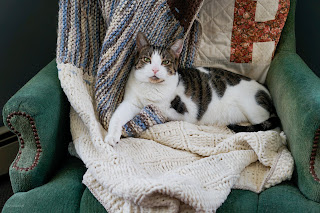 It took a good month for Nash to warm up to us.  He was so scared that first month.  He found hiding places in the house that to this day I don’t know about.

The bat killer didn’t like him.  She would hiss at him and run him off during the first few weeks.

One day, he came out of his hiding spot and was hanging out in the kitchen.  I reached out to pet him.  He apprehensively let me pet him.  He soon flopped over onto his side to allow me to pet his belly.  It was game over.  I became his best friend from that point on.

I’m his boy.  He sleeps on my side of the bed each night. He will come to me if I call for him… most of the time….

He loves to give big powerful head butts.  And he will give you ever so gentle love bites if you’re not giving him enough attention.

He is ether fascinated or worried about me when I’m in the shower.  Each time I’m in the shower he will come in the bathroom stand near the shower and meow.  He has the smallest, wimpiest meow.  When I get out of the shower, he comes up to me and head butts me.  He is such a funny cat.

The bat killer has warmed up to him.  They are not best buds by any means, but they have seemed to come to an understanding. Nash tries to play and to chase Gabby around the house.  Sometimes she goes along, but most of the time she tells him off with a glare or a hiss.

For only having three legs Nash gets around rather well.  He sounds like a galloping horse when he runs. 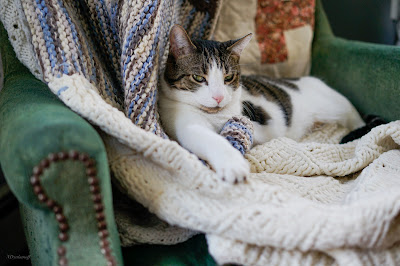 He is not a stealthy stocker.

He is definitely not a bat killer.

He lets Gabby take care of the bats.

Nash is just happy to have someone to hang out with.

Posted by Nick Dyakanoff on July 27, 2020
Email ThisBlogThis!Share to TwitterShare to FacebookShare to Pinterest
Labels: Dyakanoff