Eye dialect. A method used to differentiate one character or a group of characters from the main by way of speech patterns. Typically, this involves phonetic spellings of words that are meant to convey regional dialect. It is also traditionally used to convey sub-standard intelligence or education.

I have in the course of my readings come across this tactic on occasion. Generally speaking, I would have to say that is not used well. There are, in my opinion, more bad examples of the use of eye dialect than good. One of the more deft authors to make use of this methodology was Mark Twain. Specifically, The Adventures of Huckleberry Finn or The Adventures of Tom Sawyer. In these works, Twain uses eye dialect to characterize Huck, Tom, and all the other characters in the novel. Why does it work? Essentially, - and this is a gross understatement of Mr. Twain's talent - he is able to weave the dialect so deftly into the fabric of the setting and tone of the story that it seems quite natural for the characters to speak that way. Additionally, the words used are not so horrendously misspelled as to bog the reader down while trying to decipher them. There is much more that could be discussed here, but that will have to wait for a later post.

An example of the bad use of eye dialect is Moll Flanders by Daniel Defoe. Now, this particular novel has come down to us from the early 18th century and as such, may not be as bad to others as it seems to me. I have tried several times to read this novel as I am a fan of Mr. Defoe's other novels (e.g. - Robinson Crusoe). However, the story is written from the point of view of Moll. Her voice is written in what is meant to be lower class London speech. As a Yankee born in the 20th century, it is hard enough to follow most 18th century writers. Yet, the constant Cockney eye dialect in Moll Flanders makes it practically impossible for me to follow. To be truthful, I have an easier time reading Shakespeare.

A more contemporary example of ill advised eye dialect can be found in Robert Jordan's Wheel of Time series. Now, dear fans, do not accuse me of blasphemy in this. I do love the series. I own a copy of each book in hard copy, even the ones that Mr. Jordan clearly did not write himself. And, in truth, this is where the poor use of this methodology begins. I speak of the Domani. If you are not a fan, then suffice it to say that this particular culture of people is largely set apart from the rest of Jordan's world by the simple fact that they are dark skinned, enjoy garishly bright cloth and speak as if they were a 1950's do-wop band with Turret's Syndrome (My apologies to anyone reading this who does suffer from Turret's). Chapters full of dialogue such as, "Aye, I do be wantin' some pie" make for tedious reading. Of course, I may be paraphrasing a bit, but you get the idea.

A good example of how to get around the use of eye dialect is in the writings of Stephen R. Donaldson. For those who are not familiar with him, he is the author of The Chronicles of Thomas Covenant. Donaldson does not use dialect to differentiate between his characters. Rather, he simply describes what the person's speech sounds like from the point of view of the character listening. Intimating that perhaps the speaker slurs their "s" sounds or has a slow and deliberate pronunciation of longer words. Again, I am understating the author's talents, but I find that this method works far better in my mind while reading his works.

Thus, I will conclude with the following. Unless you are Mark Twain, Charles Dickens or Udora Welty, do not use eye dialect. It will only bog down your reader and put them off your piece. If you feel you have no other recourse and must use this method, don't do it. If you still feel you must and are set on using it, then use it sparingly or find another way to convey the same meaning. But seriously, don't use it. 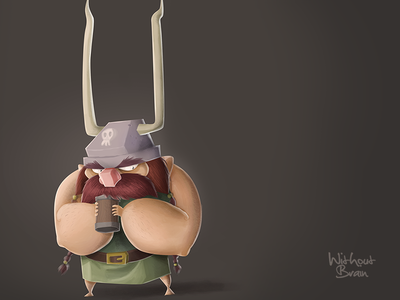