Long, long ago at the dawn of the personal computer age (My first computer was an Zenith EZ PC), I took a series of classes in creative writing. It was in one of these classes that I was taught the three archetypes of conflict. Now, be aware that this was shortly after the invention of dirt, so I realize that things have probably changed in the intervening time. However, this is what I was taught.

We, as authors, must make a choice when beginning our tale. What conflict will drive the characters (both protagonist an antagonist) forward through the plot?  Will the hero be a tragic figure whose inner demons drive him to do unspeakable things as in Oedipus Rex? Does the villain so hate the protagonist that he/she/it will stop at nothing to conquer that person much as Ming the Merciless strove against Flash Gordon? Will the giant Rubber Chicken that is the manifestation of a very pissed off mother nature run rampant through Seattle and threaten to destroy us all? Stay tuned, true believers, for in our next episode....

The point is that conflict is necessary. I don't mean that it has to be all out war every time, but there must be a struggle that will ultimately define and propel your characters. It also doesn't have to be so melodramatic as some of the examples I've given. Conflict can also be subtle (Hannibal Lechter's mind games with Clarice), but not so subtle that it is lost to the reader.

Without some form of conflict, nothing would happen. Everything and everyone would be inert (or, at best, ambiguous/apathetic which amounts to much the same thing) and that, from a reader's stand point, is really and truly boring. 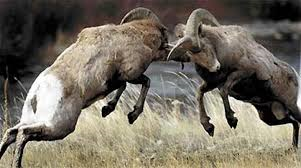