I Left Nothing Behind

I have something that doesn't belong to me, and I keep it inside my dining room cabinet. It’s quite a specimen.

When I was a teenager, I spent much of my free time wandering the woods around my neighborhood in Lafayette building forts, rafting shallow creeks, trekking endless dry runs, and scattering across the green emancipation. I remember when I found a rather large arrowhead at the base of a tree, between giant roots exposed at the edge of one of those dry runs. It now has its own display case.

I appreciate the history it holds. A Native American, perhaps a Pottawatomie or a Miami found the white rock among the millions of gray ones, flaked it down as he sat near a spitting fire in the dead of winter while his stomach churned on prospects. He may have used the arrowhead more than once to hunt deer, losing it entirely through the haze of a spring shower, sending it and the spear into the flash-flooding run. Maybe the arrowhead had another purpose. War? Maybe Tecumseh himself…?

This arrowhead is truly historic. I’m looking at it now. I have a desire to open the case and feel its stony weight in my hand. It’s magical and so foreign; and I find that incredibly strange. Yes, Indiana was given its name for a reason, I know, so it’s not unusual that an Indiana boy found an Indian arrowhead in an Indiana creek.

I'm not superstitious, but I think this arrowhead has held me back in a way. I hesitate to touch it. It's a beautiful, white stone and it’s still as sharp as a razor. It’s marvelous. But, I won’t open the case. I feel a little funny having it in my possession. Okay: Guilt. I have had this guilt overcome me at times whenever I rediscover this gem. I know this arrowhead doesn't really belong to me at all. It was carved by another set of hands, used for an entirely different purpose. It doesn't really belong in a house. It should be...so outside and out of human sight, disintegrating to dull by the action of the elements. It’s ancient, and it should be among ancient things. I'm not superstitious. I'm just aware that a spirit and a memory are entombed and engraved into this inorganic object, and I have no reason to claim it as my own.

Never do we touch and not leave a lingering. I wrote in a poem some years ago. Never do we leave completely dispersed. I took this arrowhead, but I left nothing behind. What is a green emancipation if all its scatterings are stolen?

Odd to decide this after so many years, but I will return this arrowhead to the tree where I found it. Well, if the tree has fallen into the creek by now, then I will just drop it back into the bed. Someday soon. I wonder if the trails that I helped to flatten are still there at all. Those old, ancient woods and washes, forever at the mercy of ever-encroaching housing additions and roads. I haven’t trekked through there in years.

Indiana…
Where have all your Indians gone?
Something drove them away from here
Left behind them a trail of tears


Think they'll ever come back home? 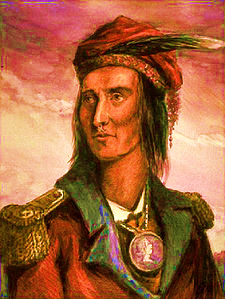 Posted by Randy Wireman on April 24, 2014
Email ThisBlogThis!Share to TwitterShare to FacebookShare to Pinterest
Labels: Wireman