Well, then... May I ask what comes to your mind when you think of the genre Gay Fiction? I'm curious to know, and feel free to share. I wonder if your first impression of gay fiction is similar to mine.

I have read some gay fiction, and I know it can be highly creative. I am noticing that science fiction and urban fantasy are establishing their plots in the field. That's super cool. I have also skimmed the section in B&N, secretly eyeing the glossy covers. I always enjoy gay fiction covers! I half expect to find a haystack and a pair of tight-fitting Levis on every other book. And that's my point. Compared to my own writing, many gay fiction books are largely romantic and stoked deeply in sexual expression to a level that makes mine look like the clueless nerd holding the science books. I don't write romance straight out.

Gay fiction also has a contemporary feel, even if it is set in the past. Maybe it's just me, but gay fiction has a coming of age audience (of which I was once an active member), and often a higher morality or a shamed desire to be freed from the closet. Of course, fine writing and vivid characters and talented writers can be found in gay fiction as in any genre (and can even coin a phrase in American culture: Brokeback). Romance is key. Sex and the freedom to have it are key, too. Plots that lead to those moments are key. I think gay fiction is more gay romance fiction for a young audience.

While I deeply enjoy romance, I enjoy history (almost) as much. So, in my stories, I prefer to have my romance in less-than-ideal historic periods and settings and tribulations. Mike has expressed a similar theme in a recent post. I don't want my lovers to necessarily have perfect 'happy ever afters' if the historic context would never allow it. Life rarely makes such endings attainable. I got to tell you, writing true-to-life gay characters and plots in a specific, historic setting is TREMENDOUSLY challenging, since history will have us believe that gays only existed in Ancient Greece, Ancient Rome, and…well, that’s it. And Lincoln just liked to sleep with men because he liked to talk about (insert a sport here. Make sure it’s contemporaneous.). Just by math alone -- hell, just by human nature alone -- gays were there and gays were everywhere (and even in Lincoln’s bed). So… Do I write historic fiction? Or gay fiction? Or romance? Or gay romance? Or Gaymance?

I write historic fiction with gay characters. Ah, but I suppose it's true historic fiction if the historians don't scorn, and it's 'only' gay fiction if they do. If the latter, then I suppose I'd have to get one of those hot covers with tight-fitting Levis and a welcoming stack of hay. But, while the cover art is getting drawn, I will try to write romance within the context of my historic fiction, and I will try to write romance in a more evocative, sensual way, as opposed to sexual. I'll even write sexual scenes when justified in doing so, and graphically too; but only in the case when sex is used as weapon. I want you, the reader, to believe that such scenarios – although rarely recorded in our history books – could very well have happened after all. I want you to 'buy it', and feel the sensuality, the angst, heat, sweat, fear, and hope created in that romantic moment in time -- and you finding it plausible enough to not even ask is this plausible?

Below is an example of my version of romance from my World War II story. This is pre-workshop material, so I don’t pretend that it hits all that I surmised above. Gauthier’s first kiss with whom he would assume the Antagonist of this story came suddenly and, well…it came and then just went. Gauthier claimed that he expected the kiss; that it was to happen eventually. And, so what? The Bannführer Orlin Steinach was obviously attracted to Gauthier, no matter how Orlin tried to pretend otherwise; no matter what the strange Austrian did to hide the desire. The kiss was just a kiss. That first sensual, if quixotic event follows an intense scene when Gauthier is forced to endure a meeting among Orlin and his murderous Officer friends…over coffee and some pastries. Wearisome, just the same; reproached by the Bannführer just prior, Gauthier had to speak perfect German, smile at cruel jokes, hide his French ways, and maintain a sense of normalcy while one of the officers tried to play ‘footsie’ with him under the table. A pretty damn good performance on his part, Gauthier surmised, as he and the Bannführer returned to their shared apartment. But, no. Once inside, Orlin pushes Gauthier against the wall and holds him there while berating the Frenchman’s slipups and his apparently un-German-like mannerisms, even sighs. They argue, and when Orlin brings up Gauthier’s mother and how she is imprisoned due to her being a spy, a serious struggle ensues. Gauthier tries to get away in a losing battle of strength and maturity. He gives in. He gives in to what may come – a true do what you will with me moment follows.

You can choke me to death…” He tasted the salt of his tear rolled to the corner of his mouth. “...and I won’t stop you.”  Let it be the last thing he tastes. “Do whatever you--”
Gauthier then felt a pressure on his mouth; his breath cut short; his lungs stilled. His eyes – they refused to open, as if sealed shut like the latching of a window. Fear. He could not breathe. The Bannführer must be smothering him.  No. He knew what it was. He slowly opened his eyes. The Bannführer’s face pressed wet and warm against Gauthier’s; the Bannführer’s lips were interlocked with his. Qui.
Alas, the kiss. A particularly hard kiss, he assessed; an amateur’s kiss. Gauthier expected it would happen, eventually, ever since Paris. Those late hour discussions on the alley patio of the Le Cafe Blue and on art topics the Bannführer obviously knew so little about. Those odd questions on Parisian culture; fumbled, yes, yet inherently honest…even adorable. He is still kissing me? Those flashes of desire lit in the not so revealing eyes of his confident yet accommodating Bannführer. How bizarre their relationship. How strange to become more of a permanent accessory to this man than an equal partner. And now this thing; this touching of lips; this hard, clumsy, inopportune thing.

Gauthier’s lungs immediately exorcised its stale air. The Austrian finally released Gauthier's lips from his own. The heat borne between their chests was wet and tremendous. Gauthier searched into the Bannführer’s eyes. Were they torched with desire? Or was it a form of domination? A kind of hate? It could very well be that... This man…a strange man with eyes too wide apart for any human face; exotic and beautiful, but too wide apart. A man who wishes to be a Square. Not so easy to tell what is staring back. Not so easy to tell.
Desire. It is desire, you fool. 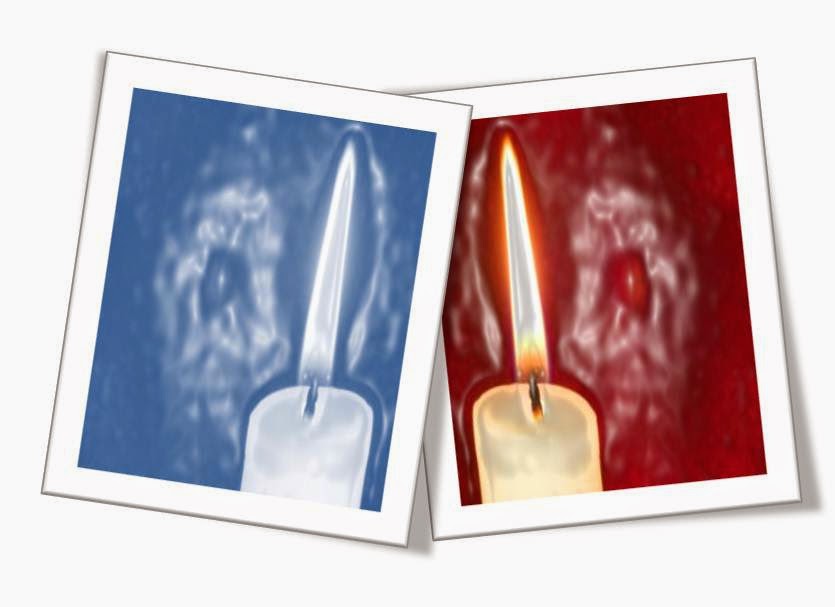 Posted by Randy Wireman on June 05, 2014
Email ThisBlogThis!Share to TwitterShare to FacebookShare to Pinterest
Labels: Wireman