Alastair held his hand out to Lillian as she approached him, preventing her from coming close as he stood behind the half-drawn curtains in the second story bedchamber window and watched a crowd of men flood the wide street below. The mob jumped snow piles shoveled against the boardwalks and splashed through half-frozen mud puddles as they raced down the street, disappearing into an alley escarpment. Loose groups of boys trailed behind, some slipping on the mud ice and falling on their knees and wasting no time getting back up on their frantic legs to slide down the hill to C Street. A man on horseback stepped out of the stables from across the street where a not-so-secret bordello sprouted weeks ago. He waded his horse carefully through the sporadic human traffic and joined with two other men who danced their horses in semi-circles just below the second story window. Alastair ever so sagely cracked the window open.

“No.” His wife whispered, belatedly.

“…Said it was pure bullshit over there. Took over the armory and then marched down C – got control of most of the city right now just to spring him out. Saw him in the front of the 601. Think they’re taking him to one of the abandoned mines.”

“Broke him right out?”

“Say he started all those fires here and in Gold Hill.”

“Goddamn is right. They’ll hang him for sure."

"Was he dumb enough to confess?”

“I don’t think he ever did." One of the horses whinnied; the man danced it in a full circle.  "Now you two know Heffernan had nothing to do with those fires, Bo?”

“Shit, I know.” He bent down next to his horse and spat “A Paiute did it.”

“No Indian set those fires, They don't do shit like that. Was Larson’s boy. Crazy little shit. He blurted it out two or three days ago at Ray’s. Thought he was just talking his nonsense, as usual.”

“Oh did he now? I was in Silver City. Saw Larson collecting glass with Kennedy all last week. Can’t be him.”

Cannon fired from some distance; the shot echoed three-fold. Lillian gasped; Alastair pressed his hand on her shoulder, coaxed her away from the window once again.

“They hung him!” One of the horsemen declared.

Alastair glanced at Seán who was lying in bed and whose eyes were wide open and staring back at his dad. Alastair maneuvered to block any of the boy's view, leaned against the glass and looked out to the north, up along B Street, where he thought the cannon had been fired.

“Yep.” Another confirmed. "Wasted no time."

The horses down below were amazingly calm; all three men were facing north and standing up on their harnesses. One of the men leaned over and spat before declaring, “Hefferner is a-swinging for sure. Let’s go get ––”

Alastair slammed the window down, yanked the curtains shut, and then felt his wife’s stare from behind. He turned in the half-light of an oil lamp to find Lillian as stiff as a reproach; her lips pursed, her arms crossed and, clutched in a tight fist, her Piper’s opera fan crushed beyond utility.

“What an odd village.” Alastair said, followed with an artful grin. But when he placed his hands on Lillian’s elbows, she dropped her arms, dropped the fan, and left the room, slamming the door behind her. Alastair smoothed his hair back, picked a pillow from the floor where he had dropped it minutes before the ruckus outside and placed it under his son’s head. Seán raised his eyebrows when his dad winked. “Oh. You, too?”

Seán took a deep breath with some effort. “Mum doesn't like it here, Dad.”

Alastair glanced back at the door, then readjusted the pillow. He brushed Seán’s hair back with a firm swipe. “We haven’t been here long enough to fairly assess such declarations, yes?” He stood up and looked down at his son. “What do you think of this place?”

Seán shrugged, his shoulders bare and too thin, too juvenile, for someone his age.

“I’ll check up on you in the morning.”

He leaned over and felt Seán’s forehead, looked down at his boy's chest, watched it rise and fall smoothly with only a hint of a wheeze.

He then headed to the door, stalled near the dresser where he studied the smoldering embers piled on a saucer, made sure nothing flammable was near. The acrimonious, coppery smoke of the cherry wood was heady. Reflexively, Alastair’s eyes watered by the implicit sting of the wood smoke. Desperation, he thought.

He wished his son a goodnight, but his son didn't respond. The door would have shut gently behind him had he not heard his son suddenly cough a spell like no other before. A streak of worry raced across his heart as he gripped the door’s edge; a desperate wish to unburden his son from his miserable ailment…

…Unburden him from the series of Lillian’s wood burning and herbal teas and balms she had rifled and solicited in hopes they could appease the growing affliction. It wasn't her attempts that he wished away, but the disenchantment that each failure begot.


Like he had done two nights before, Alastair pulled out from the dresser two blankets, made a bed on the floor next to Seán’s, reached his arm around the bed’s edge and patted his son’s chest until a productive cough was produced. The night promised him and his boy a long and sleepless one. Lillian would understand. He was sure she would. Seán couldn't be left alone.

No doubt, in the morning she’d accept how her cherry bark was fruitless; understand why her bed was left cold. She’d scorn another damned night committed to the chaos of this industrial boomtown; overtly count the days when they would be returning to Chicago. She'd stoke up her stringent embers, boil her exotic herbs, amalgamate the balm, and simmer...simmer on this mood, this feeling of being strung up and choked on some silvery noose. Alastair stared at the ceiling, measured breaths by sound, hours by cinders. The morning will come and rise from the dust, from the stamping mills...from holes in the ground that litter this city in all directions. What else could he do but face it when it comes?

A wheeze shortened by another spell…a cherry tree turns to ash. 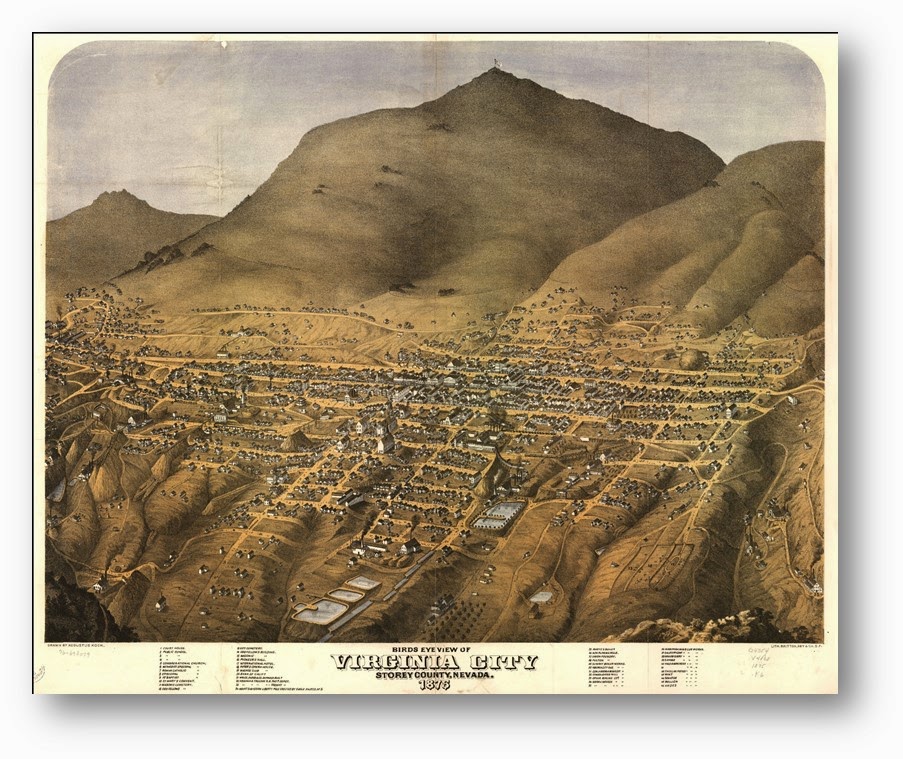 Posted by Randy Wireman on September 24, 2014
Email ThisBlogThis!Share to TwitterShare to FacebookShare to Pinterest
Labels: Wireman