Olaf and Sue: The Blanket Fort

It was a stormy Saturday morning is Siska, Minnesota. The rain clattered against the front bay window of 5210 Segue Drive as lightning crazed against the leaden sky. Behind the double paned, low-e glass, Olaf Jebediah Thorson the Third sat cross legged on the faded maroon cushions of the sun bench and pouted at the world.

Now, Little Olaf (as his mother was wont to call him) was a quiet soul. He had nothing against the rain, as such. In fact, the truth be told, he would be perfectly content to sit where he was for the majority of the day watching the rain. Yet, it meant that he would be stuck in the house for the remainder of the day. Trapped, as it were, with her. His twin sister Sue.

Sue was everything that Little Olaf was not. Where Olaf was quiet and careful, Sue was reckless and loud. Actually, Olaf wasn't certain that "loud" quite covered his sisters outbursts, but at the gentle age of six, he knew no other word for it. Being kept inside on a summer's day was bad enough, but the thought of being in close quarters with Sue for the entire day turned Little Olaf's pout into a deep frown.

Something swooshed through the air once, twice, and then a third time each swing punctuated by a "Yarrrr" or "Grrrr" from the pillaging Sue. And then, there was a muted thunk  followed by the clatter of something decidedly un-pervious striking the floor.

"Ollie did it!" she shouted as the swooshing sound took up again.

Little Olaf sighed, wriggled down from the solitude of his bench and then headed to the living room couch to build a fort. 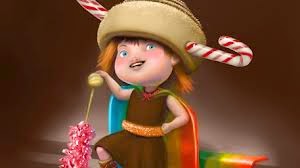