There are many things that can motivate your characters. I t doesn't matter whether they are the protagonist, antagonist or an ancillary figure in your story. They all have motivation. Thus, in the spirit of the holiday, I would like to discuss one of the more basic and potent motivators - fear.

Consider "The Legend of Sleepy Hollow". No, not the TV show (though I am a fan). I mean the original story by Washington Irving. Now this story is familiar to most everyone - largely due to Mr. Disney's adaptation - and might be considered cliché in modern times. Yet, there are elements to it that strike at primal cords in the reader's psyche. Icabod is alone on the dark path. Now, for those of you who have never been outside the city limits, it may be hard to imagine what is so scary about that. So for you, I would ask that you remember being a child and hiding beneath your covers when the lights were turned off. The fear of the dark is primordial. Early man had many things to fear when the sun went down and that sense of foreboding has carried with us through the millennia. What is hiding in those shadows? What could be more fearful than a rider with a flaming pumpkin for a head? Some would scoff at this as an anachronistic device, but I say that if you were to come across such a creature on a country path or city street you would likely need a change of shorts. 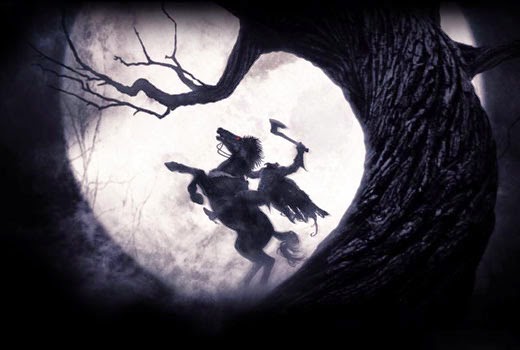 This basic emotion can be as blunt as a pumpkin to the head or as subtle as silence. We all carry the instinct for fear from as far beyond the first cave paintings or sparks of fire. It is and has been integral to our psychology since the very beginning of us. And this is what you, as an author, must tap into. There are other primal emotions to be sure, but here on the verge of All Hallows Eve, I say to you - find your fear. Find what makes you jump or shy away and use it. It will resonate through your characters and into the reader creating a fundamental connection.

As you plot out your characters backstory,  (you know, the bits that you'll never likely use in full but need in order to determine how your character will react - You are doing that, right?) one of the first things you need to ask yourself is what does my character fear. Does he have a phobia against giant spiders? (Well, obviously, he would because who wouldn't, right?) Does she fear being alone? Does he fear losing his soul to the voices in his head? Does she fear that he is losing his mind?

What was that noise?

Did that shadow just move?


Why has everything...suddenly...
gone silent? 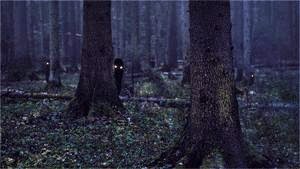