On his return to his room, holding a tray of indistinguishable packs of liquid and solid food, 67-9 walked in on a man sitting at the edge of the bed and staring at the floor, his head in his hands. The man was startled when an air vent directly above him initiated in a high-pitched whistle.  The visitor appeared to 67-9 as both youthful and elderly. His skin was bright and taut around his cheekbones, and his eyes were clear and darting though under thick, grey brows. His body shook, too, in peculiar spurts, and his shoulders bent down in front of him to form a strange, inhuman concavity in his chest. I have seen you before.
They both stared at the other.The visitor managed to smile but said nothing as if allowing 67-9 the courtesy to continue his examination. With some difficulty, he stood and then reached out his hand. 67-9 received it, though hesitantly,
“Captain Murray.” The man spoke, his voice cracking and hoarse. “Has been…three hundred years since we last spoke.” He covered his mouth and cleared his throat, made an effort to swallow. “Haven’t seen each other since we discovered…the cave dwellers in Kentucky, yes?”
67-9 stiffened upon the mention of the cave dwellers. “The Commander has not yet permitted us to speak of previous missions. She will inform us when that will be possible.” 67-9 gripped his tray. “If at all.”
The visitor paused, then nodded. “Yes, I know.”  He patted 67-9’s shoulder, steadied himself in the process. “Old friend,” He regained his grin, “I am well aware of that peculiar rule. No need to…worry about that. Does appear, though…pardon.” He took in a deep breath. The wall behind the bed took on a bluish hue where the visitor’s shadow had cast. “Appears that this new mission…will not be as comparable in excitement.” He returned to the edge of the bed.
“What do you mean?” 67-9 asked, his patience running thin and wondering when the man was going to leave.
“Let’s just say this one appears to be....more or less…maintenance.” The visitor seemed to take notice of 67-9’s red, swollen face. “Does not matter anyhow. See that you have reacted…to the skin lasers. Are you…in pain?”
“Mildly.”
The visitor chuckled and slapped his knee. “Mildly! Oh, my friend. Happy to see you again, Ronnie.”
67-9 recoiled upon hearing his name. He stepped away from the visitor and walked over to his desk where he sat the tray down.
“I see your appetite has returned.” The visitor looked down between his parted knees at the metallic floor as if to glance at his distant reflection, “I must admit, Ronnie, mine has not. But, please; go ahead and eat. I only wanted to… excuse me.” The visitor was cast another fit of coughs; as unproductive as it was violent. 67-9 turned and stared at his tray, the episode alarming in its ferocity. 67-9 thought to help him, but hesitated. The visitor cleared his throat and placed a larger-than-life smile despite his trembling shell; squeezed his knees until the fit subsided.
"I can get you some water."
“No. It does no good. I apologize. As you can see…I have yet…to overcome some…nasty post suspension disorders. I trust that yours...are few. Have you suffered…PSDs?”
67-9 sat at his desk, but swiveled his chair so that he was facing more the door than the visitor. “I am fit, for the most part. There is slight muscular degeneration in my neck, wrists, and ankles, yet nothing seriously debilitating. I have minor memory lapses. I have acclimated to water and heat successfully. I hope to do so with food.”
The visitor’s face lit up once again, having not gotten the hint.
“Very good to hear that, Ronnie. Very good. As you…no doubt can tell, suspension…has not been kind to me. I am suffering from tissue damage…in my throat and lungs, and…who knows where else. I suspect my…stem cells were not responding…as orderly upon induction. Forty-five percent tissue death was detected…in the liver. And…as much in the kidneys. Suspect the medbots overreacted on a few cancer biomarkers. Considerable bone loss.” He shook his head as if annoyed. Placed in the chamber soon after we landed...of course. Fixed what it could."
"I was informed the gravity well fluctuated within our EDT."
"Yes. A hundred years’ worth of fluctuation… I feel as if my legs were made of lead.” The visitor seemed to pause for a reaction, studied 67-9’s expressionless face. He continued when one was not given. “No brain tumors, happy to say…no... No serious calcification either. Just minor bone melt in…rather odd places.”
The shoulders, thought 67-9. It is obvious.
“Enough about me.” The visitor then gripped his left side. "I am more interested in hearing from you."

No. “You said that you thought this mission is maintenance?” 67-9 asked, thankful the conversation was different, and then he thought: Software engineer.
“Pardon? Oh, yes. Yes…I do. Once we get the satellite up…we will be sent back to our...happy hibernation.”
“You do not believe 2092-A was destroyed by missile?” The visitor. He is a software engineer.
The visitor chuckled as he rubbed his chest. 67-9 patiently waited for a more appropriate response. The visitor made a strong effort to scoot along the bed closer to 67-9. He failed. Clutching the bedspread to steady himself, he gently leaned back on his arm. 67-9 only stiffened in his chair, thought about his tray of food.
“Destroyed by a missile. May very well be true. But I doubt…Ronnie...we will ever be able to do anything about it.”
Bergman. “What if the missile was sent by the Rebels?” Vander Bergman.
“Possible. Possible. In fact, what we do know…is compelling. The trace chemicals detected…are similar to fuel components…used during the final years of the war. Damn fanatics. We were too...involved in our own initiative...to know it at the time, but those Rebels... They had some pretty nasty weapons. Smart weapons. Brilliant weapons. New technology that matrix compound…those NRG-bots…making fuel from almost anything…pulled out of the air. Vacuum energy -- if never quite confirmed. Almost cost us the war...control of Lunar. However…whether or not it was sent…to destroy that satellite. Not likely."
“Why not? Satellite 2092 detected ongoing tracking of radio-isotopic labeled amino acid distribution. Such cache of information would detail life showing resistance to nanobot contamination.”
"Consumption." The visitor blinked. “Yes. Whatever happened to it, I doubt we will ever confirm.”
“Why must that be so?” He was always soft on the Rebels…
“Ronnie."
The visitor released the bed sheet and clutched it again, took a moment to regain a sudden loss of his breathing rhythm. His wheeze harmonized with the whistle of chilled air injected from the vent above him. 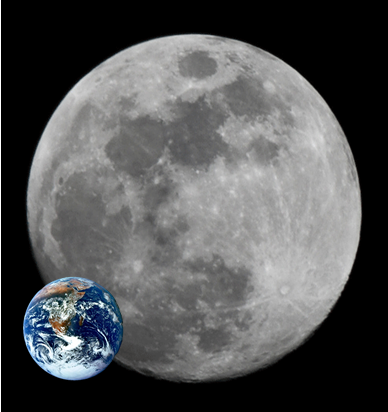 Posted by Randy Wireman on January 29, 2015
Email ThisBlogThis!Share to TwitterShare to FacebookShare to Pinterest
Labels: Wireman