A Different Sort of Hero

I want you to do something for me, dear reader. I want you to go to your favorite search engine and type in "ethnic fantasy" or "ethnicity in fantasy" and see what turns up. Go ahead, I'll wait.

Not much, is there?

I mean, certainly, there is a great diversity in races within the genre. Any magical creature a person could imagine appears within the pages of these kinds of novels, but the protagonists (and truly most antagonists) are...well, not ethnic. Even in novels written by those with a better perspective on such matters, seem to avoid placing ethnic characters at the forefront. The link below is to a blog posting by one such person, Tiyana White, that explains her reasoning. I'll not paraphrase it here, but it's worth reading.

Oh, there are some examples out there of attempts made in this endeavor. Mervyn Peak was a predecessor to Tolkien (Whaaaat??? There were authors before Tolkien????) who wrote a series of novels called Gormenghast. Now, the main character for this series was a diminutive young man named Titus Groan, who (if memory serves) is described as being olive skinned and dark haired. The series was critically acclaimed, but did little in the way of sales. Peak published the first of these novels in 1946 and was likely ahead of his time. 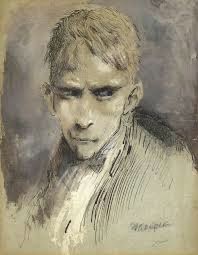 Another example is more contemporary. Patrick Rothfuss, in his Kingkiller trilogy, has created a protagonist named Kvothe. Now, this character is a Roma (his variation on a gypsy). However, Kvothe is described repeatedly as having a great shock of red hair. Other readers may not interpret it as I do, but I do not imagine Kvothe as much other than a Saxon with a great talent for the twelve string lute. It is only when the author forces calamity on the protagonist for being a Roma, that I am reminded of his background. 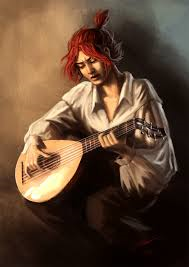 So, that brings me to my own novel. I have created at least two peoples who are something other than blue eyed and blond haired and neither are they a magical race such as elves or dwarves. Yet, my protagonist and his people were imagined as pale as the snow outside my window. Do I change that? Am I ready in my own mind to envision Darby any other way after all this time?


Is the world ready for something completely different? 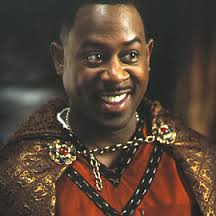