If you have been following my posts, then you might have discovered that they don't always connect like Mike's posts do regarding his Fantasy inspirations, or how Keith's posts reflect his memoir & serial killer-isms (ha), or Heather's lessons on fine writing. Frankly, they are more professional and are writing posts like bloggers should be doing. And because Mike, Keith, and Heather are minding the store, it seems that I'm allowed to go outside and play. But to be fair (to me), I give constant encouragement to my fellow Forgers to splurge from time to time and share a bit more of their art...come jump in the pool with me, maybe, and play a couple of rounds of Marco Polo. And they have dipped their toes in a couple of times, despite having to look at my farmer's tan.

Actually, many of my posts are more connected than they seem. And others do serve a not-so-hidden purpose. Regarding the latter, B-Street, Virginia City was a prologue to a Western that I dabble in from time to time. I wanted to get feedback on the writing from my Forger friends and hopefully draw up some interest from readers. When All Fruit Fails, Then Welcome the Haws was an attempt at making fun of myself and the deep, darkly seriousness my writing conveyed in a (unintentional) Poe-like story set in Ireland that I was work-shopping at the time. While I did not clearly share the story's premise, the post gives you a good dose of the kind of detailed characterization that possessed me at the time. Okay. I'm still possessed and I still like the story. I'll be returning to that piece of work sometime this summer.

Composite is a post that I ripped straight out of my current work-in-regression,er-progress set in Berlin, Germany during World War II. Unlike the Western and the Irish tale, I have several posts detailing the premise and the characters of this Man-can-do-nothing-right love story and shared the challenges of writing in the style of "New Book". Oh, yeah; and the double trouble of double POVs to boot (due to a hidden narrator, which led Keith to ask in Comments: "What...?").

I share my struggles and update my status and trajectory because I want your feedback and, really, validation. Whether I get it or not, seeing my writing in print is like medicine. A wicked medicine that feeds a writing fever. Or, maybe it just gives me a swollen head. Regardless, I like the passion it elicits in me to know that someone other than me is reading my art.

Though lacking in evidence, many of my posts are actually connected. A Star Once Fed the Wood is the prologue to a sci-fi (with gay characters...so a Gay-Guy-Sci-Fi? Hmm... I just created my own Genre! I OWN ALL RIGHTS, and WRITES!). 67-9 and Raspberry are draft chapters of that GGSF ©™ set in a post-apocalyptic world with few humans left alive who..., Well...yeah. Another one of those. Still, despite the fact that all social conscious sci-fi has been by Star Trek, 'Rocket-man', and Arthur C. Clarke, I think it's fine for a writer (and creative scientists, like me-wink-) to have at least one sci-fi yarn under their lab coat. I have been writing (dabbling, as I referred earlier) this particular post-apoc-love story for several (and several more) years because I see myself in one of the characters and because I have an honest to goodness FEAR of how the future of Mankind is truly at risk with nanotechnology. Yes, the Grey Goo. So, I keep writing it. I keep sharing it. I keep looking for validation.

Other posts, like Blue Opal and Bisti and Me, were written during a lonely trip that I took to New Mexico in 2002. Pacific Synthetic, Indianaville, and El Camino were from the time just prior that led me to search for a bisti in the first place. Mr. Sitwell and This Man Who Leans touched on my own struggles with OCD, while other posts were more or less professionally written to blogging spec. Among them, my favorite post was Places I Will Never Go. Inspired by my home village of Broad Ripple, I put myself as an Irish character who thought himself independent, but only if that meant he could follow his lover wherever he might go. Months before I had penned that post, my own Irish blood was questioned by a 'fellow' Irish-descended writer because my mother is East End Cockney. I needed to write that post all for me. You can guess why.

I will continue along this process until the swimming pool is drained after Labor Day and when the Forgers call me in for dinner, bath, and then to bed. I won't always inform you where my posts connect or the reasoning behind my posting them in the first place, because I would rather be asked what and why. Besides, I respect a good mystery. Like my farmer's tan...red in all the usual places, but never a damn tan...and a belly as bleach-white as a beluga whale's underside. Cheese-n-rice, man. What's that all about? 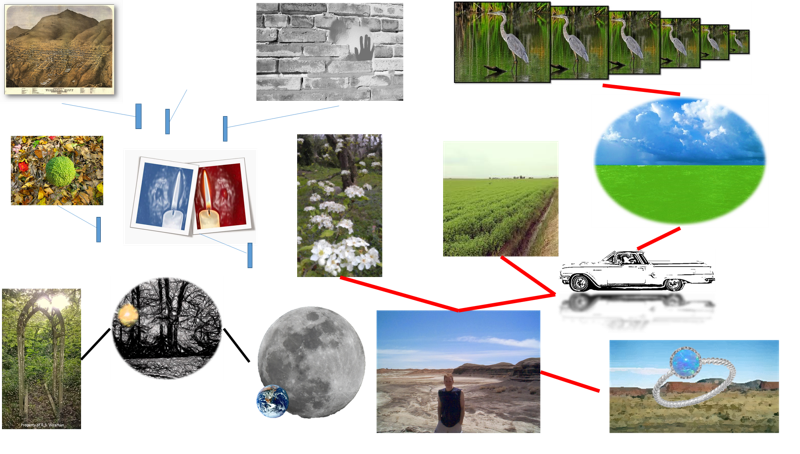 Posted by Randy Wireman on February 12, 2015
Email ThisBlogThis!Share to TwitterShare to FacebookShare to Pinterest
Labels: Wireman