As artists, we want to express what we see and feel and understand within the context of our own experiences. As writers, we create characters and plots that incorporate those aspects, even if we fictionalize them to a whole new creature or magical realm. Mike, for example, has never fought off a fire breathing, time-traveling Ddraig Goch, but no doubt he has asked himself what he would do if one came up to his abode, scorching his forsythias along the way, and knocked on his door (Welsh dragons are well known for this courtesy). If not, then he has certainly fought back a few cases of acid reflux, as I have, and created some fierceness in his villains. With either case, we writers incorporate ourselves into our written worlds: certain aspects of you or how you would respond to such is in your protagonist, antagonist, plots and scenes; everything and anything that makes up the story is a tidbit of you and maybe a dose of Maalox, too.

Song writers, for example, write about their experiences and their realities all the time, right? The 80s bands and their lovely Save-the-World songs warning of apocalyptic hunger and war?  A country song writer and a girl leaving/a bar waiting? Except, before the 2000s, us gay guys had to deduce when ‘she’ was really supposed to be ‘he’ with what little we knew about the band or writers (r-r-right, Boy George! We knew all along, Gurl! To note: Straight men knew, too. So Mike, as I've probably told you before; no need to feel odd about buying that Karma Chameleon album!).

In all seriousness, there are some experiences in my life that is either too personal or so scary in the murky, that I hesitate to write about them and refrain from incorporating them into my characters. I don’t know why, but I have a kind of impediment to do so. I have tried to use these instances, certainly. But those works have resulted in short stories that went nowhere or were retold in a different medium such as poetry with enough ambiguity to hide all the truths…which is the exact opposite of what poems should do.

What are these experiences? I even hesitate to describe them. See what I mean? I don’t even want to validate them! They were moments when my life, or someone else’s, was put on the line. They were moments involving people whom I love; situations more surreal than should be believed. I can go back to my childhood, to a specific time, to a summer when I wandered into a place that I should not have; a place that hid a dangerous thing. I can return to yet another summer, years later, when I lost a true friend to a speeding car. I can return to a persistently bitter winter, when I was used dreadfully by someone whom I thought was a true friend. I can return to that vacation, to that thousand mile trip back home, upon hearing the death of my beloved dog, although I'd rather… I can even recall the very minute in confusing Fall when I knew I wanted to just run off the curve of Earth.

In fact, just last Monday, the day after Easter; I had yet another experience that will affect me for the rest of my life. The scene was all there: a cinder-block wall…and a field of clear, brown, green glass slivers, napkins, paper bags, gravel, car parts...and weeds thin and brown and in patches like mange. The evil antagonist was there, too, one hand on a cell and the other comfortably knuckled in his coat. There, too, was the tension, the struggles, the second guessing, the climactic moment, and the saving of the protagonist’s soul and eventual dénouement and established new normal. Normal.

But I won’t extract from such moments. Those scenes will never to be recreated in my stories; that curve on Highway 25 is too close to home...that cinder-block wall and that field of refuse; too close to Wednesday. I can’t even create a single plot or character with all those personalities; not even from my own hurt, fear…or regrets. Of each particular moment of these brutal experiences, I could build a red dragon, scale by scale. The dragons must never leave their caves.

I suppose it is evident that I write from the residuals of those forked road moments. I am, after all, introspective and honest. Yet, I obviously avoid the genuine, just the same. I keep them locked. I keep them buried, perhaps in an attempt to keep them respectfully real, eternally mine, and whether honorable or not.

Contrary to the belief that artists need the lows to create the art, are there experiences that you have faced which you would never write about or fail to characterize from? If so, then why not? Please, do share.

Or don’t. I somehow understand. 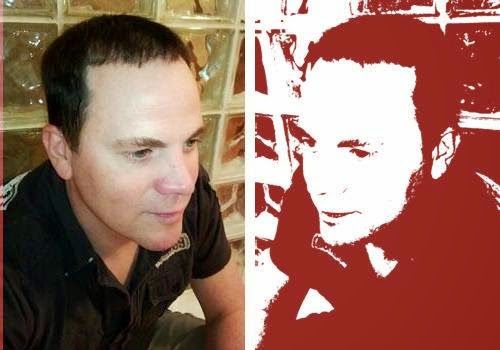 Posted by Randy Wireman on April 09, 2015
Email ThisBlogThis!Share to TwitterShare to FacebookShare to Pinterest
Labels: Wireman