One of the major tropes in the fantasy genre is the use of animal companions. Generally, they manifest as either a wolf and/or dog, some form of bird of prey, or a cheeky horse. There are many reasons for this, but for the purposes of this post, I will simplify it down to three. And yes, dear astute fanboy or girl, I realize that not all fantasy novels have such (Tolkien being foremost, though one could argue that Gollum nearly fits the bill). Yet, a large majority of them do make use of this device. 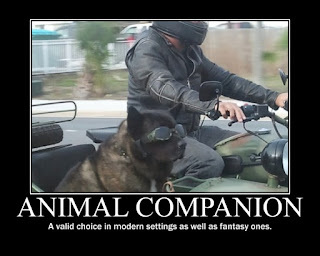 First, I would point to a reasoning that is primeval in nature. Man has been in partnership with the Canus species since neolithic times. Prehistory wolves (and thereby every dog breed since) formed a mutually beneficial partnership with the stone age peoples that endures to this day. Falconry is nearly as old, dating back to to at least early Egyptian times. Horses appear in some of the earliest cave paintings, though I believe that some of those early paintings may have been menus rather than reverence for the animals depicted. 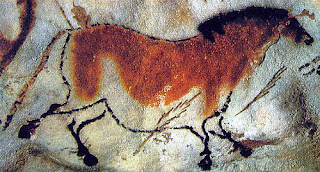 The second of these is a really a continuation of the first. Fantasy is really, at the heart of it, a telling or re-telling of myths. Some of these are modern adaptations of our collective beliefs (Brandon Sanderson) or a blending of our historical mythology (Tolkien), but they are all essentially threads of mythos. Thus, it is natural for those of us who choose this path of storytelling to want to include those elements of our ancestry that are ingrained even into our unconscious. 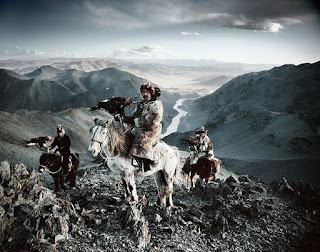