Officially, I am now equal to my other two brothers. Though they and my parents treated me equally, now they have the contract called the Constitution to prove they did so rightly.

I am equal to normal folk, and that's now written in stone. No matter what normal folk thought before, or whose side you secretly supported (apparently, some of my dear 'friends' have higher morals than me); those days when Gays were considered, and legally treated, as subhuman, are now gone. Done. Bye-bye.

Conundrum. Then should I stop writing historic gay fiction?

I dedicated my writing career (and my participating in this blog) to writing historical fiction with gay characters in mind. I said as much in my bio; I proved it by my fiction posts and work-shopped stories. There was a time when that initiative was unique, but not so now. There was a time when gays weren't even allowed to be married. Not so now. Imagine that...

Do you remember when two grown humans, falling in love, wanting to touch the warmth of each other's skin, willing to protect the other from vicious slurs and threats of attack, maintaining dignity in the face of persecution by religion and holier-than-thou followers as if being gay was somehow immoral, atheist, evil -- and still surviving it all (if lucky to make it past the frequent thoughts of suicide) -- yet not be able to marry or even bury their loved ones?

Of course you remember. That was just last week! Ah, and last week is now the past week.

Still, I am left wondering... Did Gays have a 'past' before the 24th of June?

Sure, Gays existed among the normal folk who made up the majority of the human race... Flames of desire scorched inside 'the gay' just as it did the normal... Sacrifices for love at all costs made the gay scavenging paupers just as it had the normal... Rages of jealousy made the gay bleed just as it bled the normal... Brave acts of defiance against the hate and the stupid and the ignorant and the hypocritical wrote the poems, songs, and secret stories of the gay and the normal, alike...

Yet, unlike for normal people, the past for Gays is only a whisper and an eye roll. Maybe an insinuation, here and there, of a king or a politician... Perhaps an author or a celebrity, at times of great weakness...a regrettable moment of bisexuality...youthful indulgence...only a phase...by Lucifer's hand... Yeah.

Lincoln slept with men. But that's only because the White House lacked beds.

Indeed, homophobes use the fact that gays were historically ostracized and segregated and unrecorded as the ultimate proof that gays (and their desire to live) are unnatural and, just as severe, have no real history among mankind. Among normal folk...

Well, that is a lie. It was always a lie. Ostracizing Gays was always immoral and wrong and, frankly, un-Christian. Always.

Despite the false judgments, the proselytizing, the persecutions, the mutilations, and exterminations, Gays still found love. Gays still met, whether royal rendezvous or bath houses. Gays still shared beds, whether inside castles or trenches. Gays still maintained jobs, whether Emperor or ship's mate. Gays still went to church, whether Saint or sinner.

Gays still raised children, whether married or not.

Gays were always normal folk, no matter what prejudices ruled, and for how long. I hope historians among the gay community continue to find our elders among the Great and the lesser-known of our hidden past. I hope we all can help dig deeper into the layers of Man's creations in the arts and literature and mechanics and theories to find those men and women who persevered in 'the normal Man's world'. Today, rainbows cast o'er America. However, before the Supreme Court decided to 'allow' same sex marriage throughout the country, rainbows for Gays held no visible colors. Of course, the prism light had them. So, we should keep looking. Gays must claim their past, once and for all. Find facts. And when no facts can be certain, then find circumstantial evidence, both scientifically and by legal brief. Research. Validate. Predict. Confirm by statistical analyses. Seek the truth and reveal the truth, for the sake of truth.

As for me, I will continue writing historical fiction with gay characters in mind, imagining such characters are somewhere closer to reality than to fiction. Because truth is, 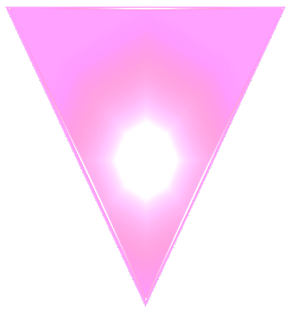 Posted by Randy Wireman on July 03, 2015
Email ThisBlogThis!Share to TwitterShare to FacebookShare to Pinterest
Labels: Wireman