Merry Christmas! It is the time of year where families get together and exchange gifts and have fun and sometimes create lots of stress. I hope with all my heart that you have a great time with limited stress this holiday season. I also hope at least some of us remember that this time of year is really about one perfect man who walked a small section of the earth two thousand years ago to make things easier for the rest of us. This is not just written in one book by a few of his disciples. This was seen by thousands of witnesses of the time in and written in hundreds of other books of the time.


Each family probably has their own tradition of getting together and opening presents. As my sisters and I grew up in an Air Force family, moving around a lot, most of the time we would have our own private Christmas celebration, but sometimes we were able to travel to the small town of Cuba, Missouri, where most of our relatives lived. When that happened, it was not uncommon to have at least twenty people in my grandmother’s house, opening presents and enjoying each other’s company.


As the years passed and the cousins got older, things seemed to change. Our family was always very close and tight, but with that many people getting together, you naturally only bought presents for your immediate family unit and not for all the cousins and aunts and uncles.


When I reached my teens, I discovered that my entire family was pretty much as warped as I was in the sense of humor department. Somewhere around the time I began to go to college the tradition of Christmas seemed to change and I don’t know who started it. It just happened.


It went like this. We all paid attention during the year to what stupid things we all did and made mental notes about it. We listened to other relatives tell stories about others during the year on someone else. Then, as Christmas approached, we would pick out a few of the best and make a gag gift to pick on that person or tease that person. You can’t buy everyone in the family a regular gift, but you sure can tease a few of them for something stupid they did during the year.


In the 70’s, Polish jokes were the rage. My first gag gift I made for someone else went to my Uncle Don one year. I used a pair of my old tennis shoes I was about to throw out and bought some golf spikes. I then attached them to the INSIDE of the shoes and wrapped them up for him. He looked rather puzzled when he opened them up until I informed him they were Polish golf shoes. Gifts like that start wars back and forth.


My wife, Lana has a thing about her pillow. The casing with the opening has to face out. If I go to bed first, sometimes I “adjust” her pillow backwards to test her. I usually get a pillow to my head to wake me up. One year at Christmas, I got my mom to sew a couple pillow cases with openings on BOTH ends and presented them to her as gifts.


Another year during Thanksgiving, as is normal custom, our son and his wife would come over with his daughters to our house from St. Louis. He opened the refrigerator door on that trip and made the comment, “Hey mom, it looks like you have every possible type of pickle made in here.”


We have a lot of pickles. I was in the kitchen at the time. We looked at each other. He has the same sense of humor I do. I don’t know where he gets it. I just laughed and shook my head, but the light bulb went off for Christmas. I made some phone calls and she got about 15 jars of various pickles.


Lana and I were married in 1981 and her family have been wonderful to me. Unfortunately, we lost both her parents over the years. They were fantastic, loving people. I think the second Christmas I was a part of their family I decided to take a chance and introduce my family’s tradition into their family. The victim I chose was Lana’s brother. Her Father had some scrap wood in the basement and I told him what I was going to do and he wanted in. We both worked for a couple hours to produce a wooden abacus. I then went up the local grocery store and bought a small bag of apples and inserted them through the dowel rods of the abacus. We wrapped up Larry’s “Apple Computer”. He loved it.


Over the years we have bashed each other’s brains in many times. Unfortunately, due to growing families, or illness, or life, we have gotten away from that fun the last few years. We need to get that back, to teach at least the next generation the meaning of fun, the meaning of family, the meaning of love.


Merry Christmas to you all!! 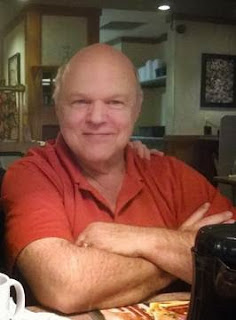 Posted by Unknown on December 24, 2015
Email ThisBlogThis!Share to TwitterShare to FacebookShare to Pinterest
Labels: Krulik