The problem with blogging? Everything you write is not only recorded for all of digital eternity, but also easily searchable. Damn!

So, here it is: http://www.fictionforgeindy.com/2015/01/merry-new-year-and-i-will-not-publish.html

Sigh... I have such a big mouth. In that otherwise 'phine' post where I go on about handsome men of the Renaissance dancing with lovely ladies to the eloquent music of the bladder pipe (and even shared how well Mr. Moir expressed his fitness in his period tights...but I digress), I just had to dribble on about my WWII novel that, by the end of 2015:

Turns out that 'round' is just a poetic word, meant only to evoke a state of completeness, after a certain series of action, and to feel a kind of accomplishment.

What action? What accomplishments? What round did I actually complete?!

Let's dissect that jester's declarations, one by one. NO worries; it shan't take but a few seconds:

1. All of my chapters will have been reviewed yet another round.
True that my rough draft is completed. However, I am only half-way through my workshop's critical reviewing. Lots of road stops, side streets, and McDonald's drive-thrus along the way (and one strange night in Palm Springs, CA involving some nude Bears and an ol' swimmin' hole -- strange, because that didn't actually happen).
2. All of my chapters will have been reworked...yet another round.
This is partially true. I am guilty of rewriting chapters both in response to workshop reviews and in anticipation of them. 70% of my writing time still goes into this novel, while 20% is dedicated to other story projects and FFI. The remaining 10% goes into making tea or coffee and avoiding video games while I am trying to focus on writing!
3. All of my chapters will have been finalized, where no further rounds must follow.
Oh, shuddup, young Randy 2015! Go to your room and think about what you said!!
4. An illustrator will be busy illustrating the cover and selected chapters. And he or she will be well-rounded.
You so cray-cray.

The party is already over, Randy 2016. No merrymaking wishes for you, or hopeless, wishful thinking. No grand declarations on the process of your aging 'novel' dreams. You'll share only your progress and setbacks -- and only in real time. Action. Facts. Save your plotting for story-making, because writing is hard enough. Workshops get called off. Family and friends forget to read posts. Writing colleagues stop caring to critically analyze your send-outs. You, and only you...

Think about it, Randy 2016. Your time is finite in your story-creating process, though you live in the Age of Digital Eternity. Whatever you write will be recorded forever as long as there are circuit kingdoms that enslave their electron subjects. Whatever has already been written is being preserved, forever, too. So, you must always be more creative, think of characters and plots more unique, and then make the sacrifices to get the stories out there, flaws and all-- or someone else under similar conditions will converge on your masterpiece, unforeseen of you. Admit, too, that, unlike reality where people and things change over time, your art is static and stamped in situ and will never be completed to your satisfaction, to your new experiences, to new realities. Digital Eternity is artifact rendered. Better to author artifacts than author nothing at all, Randy 2016.

Besides, if you ever did 'perfect' your art to some kind of certainty, then you would only be fooling yourself.

"No great artist ever sees things as they really are. If he did, he would cease to be an artist."
Oscar Wilde

Don't fool yourself in 2016. Plan. Create. Workshop. Doubt. And then, consequently, publish. 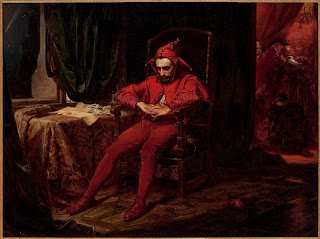 Posted by Randy Wireman on December 03, 2015
Email ThisBlogThis!Share to TwitterShare to FacebookShare to Pinterest
Labels: Wireman