Typewriters and Pens: My Earliest Drafts

So, as I mentioned last time, I have been struggling with this prologue concept for some time now. There has been some version of this contentious start in every version of my novel since the beginning. Well, you say, it looks as if you've made up your mind. Silly reader, such things are for the decisive not us writing types.

You see, I've written, re-worked, and then re-written the prologue so many times now that I barely remember where I began. Fortunately for me (and possibly posterity), I am a hoarder when it comes to my written work. I have nearly every version of the novel, no matter how awful, squirreled (Squirrel!) away in boxes and drawers throughout the house. I rooted around a bit and found some of the earliest versions of the thing in "researching" this post. All I can say is that if adverb abuse was a against civil law, I would be doing life in the literary version of Alcatraz. 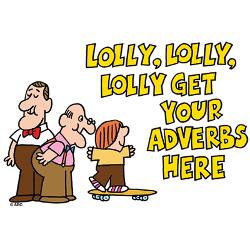 The original concept was ambitious. A triptych of scenes each separated by the image of a pendant. The graphic for the pendant would turn a quarter turn between each scene. I even doodled a version of the charm on...dare I say it...paper with pen and ink. I'm old school, I know. Anyway, the gist of the thing was to do three scenes that encapsulate my protagonist's early life. One scene from his childhood. One from his teenage years. (I should point out here, dear readers, that I do not intend to write the novels from which these scenes come.). One from a year prior to when the story picks up in Chapter One and in the darkness bind...no, wait. Sorry. Wrong story.  All three were related to one topic that was central to the theme of the novel.


*Dear Reader: I had intended to put an image of the pendant here, but the original is on paper and the digital gods mock my attempts to place it here. Therefore, enjoy this random picture of a hamster in a sweater vest.* 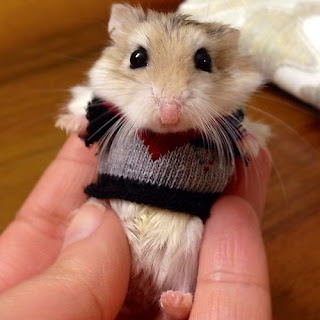 I wrote and re-wrote those scenes many times. As my knowledge of the craft grew, I began to realize that perhaps it was a bit too ambitious for my modest talents. Perhaps something simpler. I have pages in one of my notebooks given over to this very argument with myself. Future generations will think I was quite mad, but it seems to help me work things out.  Ultimately, I decided on just a single scene.

At present, there are 3.6 versions of this scene. Three drastic revisions and six modifications of that version. I have them all here on a separate tab as I write this as reference and monument to my struggle. And yet, I have developed the story line of novel even further still, such that I will now have to go back and modify the prologue again.

Does it remain relevant?

I think that it does. But. as a writer, there is ever that doubt.