There comes a time when a man develops the urge to do things that would make his younger, rebellious self cringe in angst laden horror. It seems to happen round about the age of 40.  Well, at least that's how it happened to me. It is that one event that signals one's arrival into full on adulthood. For me, it happened one Spring morning when the sun had returned to the Midwest and the temperatures finally made it above 70 F. I remember standing on my porch one morning, surveying my tiny yard, and thinking to myself, "I shall plant a vegetable garden." 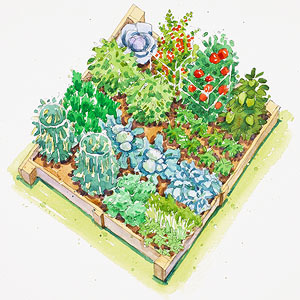 This would have been the end times to my 17 year old self.

"If I ever think about owning a truck," I proclaimed to Barry as we drove down to orientation at IU. "Just shoot me."

We laughed and drove on a bit more listening to the tinny sounds coming from my car's (You remember me talking about Fred) AM radio. At that time, SR 37 between Indy and Bloomington was much more rural than it is now. Well, truth be told, rural is relative as I thought at the time that anything outside I-465 was "country".

As you round the bend from Monrovia headed towards Martinsville, there is a large farm in the bottomlands west of the highway. This homestead had, at the time, a large shambles of a barn set of a field stone foundation.  There was a John Deere harvester in the field gathering up that year's bounty of corn. A large stake bed truck, reminiscent of something from Sanford and Son, ambled along behind the harvester collecting the grain as it tumbled from the chute at the back of the harvester.

"If I ever even think of working on a farm," I said keeping with the moment. "Knock me in the head and then shoot me."

Life has a way of showing a man his own folly.

I spent years in horticulture and landscaping after college out of necessity rather than design. It was the recession of King George I that caused myself and many like me to seek what jobs we could. The universe thought it funny to put me out in the pasture. And this, then, lead to the germination of my need to cultivate the land. Where this comes from, I do not know.

Preliminary research into my paternal genealogy indicates my genetic heritage is derived from a place called Lancashire. It is a pastoral land with stone fences and hedgerows in the north of England. It is many generations back since my family emigrated to the New World, so it would seem that my desire to farm is deep seated in my personal history. In short, it appears I come from a long line of Hobbits. 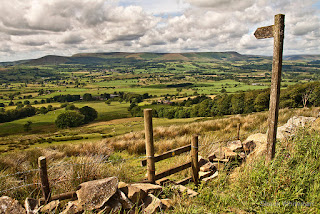 So, I dug up a tiny plot at our house in the city. I planted things and they grew. I amended the soil for the years that we were there and tilled it by hand. We moved, as you may know, and now I have a much bigger garden replete with a gas powered tiller. I grow sweet corn (as every Hoosier must), beans, and tomatoes among other things. Thus, I am that quintessential Midwestern adult that I swore I would never be.

History and genetics laughing at my hubris.