Keys to the West

I just started my vacation, and I have a lot of work to do.

Yeah, I know that doesn’t sound right, but it’s true. A couple of months ago, a new and local publishing company in Indianapolis gave me the honor to write and submit a contemporary story for publication in their themed series. I won’t reveal much more about the relationship except that, if accepted, my story will be published at the start of the new year and that the premise must involve the subject of sex in a sexual relationship. <Clearing throat>. Yes, sex. And not just ‘sex’, but ‘Sex Encounters of the Same Kind’.  Nothing graphic, of course, and I wouldn’t know where to start graphically anyway. You’d be surprised by what I don’t know. Yet, what is required is that one or both of the men in the relationship must just miss the mark in some way, and the story should involve and evolve that premise. Oh, and yeah: it must be humorous.

Humor is a natural response to anything involving me sexually, so I’m not worried over lack of funny material. However, my main concern up to now was deciding which story idea to pick from the ones that I’ve outlined over the last two months of possible premises, dialogue, and settings. Some ideas I’ve already scratched off the list as being too silly (and more screenplay than story). And one of my favorites is actually an idea the Professor, Heather McGrail (say whaaaaa?!), who had suggested it since day one. Another idea has a less contemporary feel, so although I wish to do it, I cannot. Yet, the one that takes place in Key West…involving drag queens…and pokes fun at the more conservative patriots of our American culture (I salute you!); well, it’s just too much fun to pass up!

Quite a lot of interesting things going on in the fine red state of Oklahoma, too. Just sayin’….

Ah, but no worries, Professor! I’m going to start writing your idea, too. I’d like to have more than one story to submit by end of October to cover my bases, or give the publishers enough evidence to rescind their invitation. And Professor? Should I acknowledge you for helping me out with my Sex Encounters of the Same Kind? Hmm….

A lot of work, I tell you. Thus, at this very minute, I am sitting under a fan in my parents’ modest condo just a few hundred yards from the Space Coast and drinking terrible Vanilla Chai black tea (never again, Bigelow!) and readying to research the sex lives of Key West drag queens, Okies For Trump, and patrons of Missouri truck stops. Mine (Bwahahaha!) will continue to be off limits, but I’ll slip on the blue pumps, set the Marilyn Monroe wig, and study red state cowboys through smoky blushed eyes.

Will keep you updated on my progress. 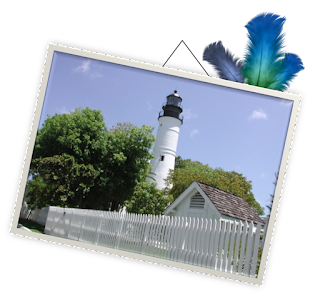 Posted by Randy Wireman on August 12, 2016
Email ThisBlogThis!Share to TwitterShare to FacebookShare to Pinterest
Labels: Wireman