Let's Go on a Float Trip

It occurred to me recently, when we were back in Missouri, and I saw the local streams, that I never shared a float trip that my cousin Dennis and I made one year.

For those of you who have never heard the story before, my cousin Dennis, four years older than me; well, we are more like brothers than cousins.  He and his father taught me how to fly fish when I was ten years old.  When I began college at the University of Missouri in 1974, he and I began to attend the opening day of trout fishing which takes place on March 1 in four State parks.  We have been going each opening day ever since.

Since it is March first, the weather can be zero degrees or seventy above.  Sometimes we will go down a couple days prior and fish outside the park in the river the stream dumps into.  After we both got older and I got married, things progressed, our fishing party got bigger as my son Daryn and later my son-in-law Steve added to the fun.

One particular year just Dennis and I went down a couple days early.  The weather was unseasonably warm, in the lower 70s.  Since it was so warm, we decided to go on a float trip on the river outside the park for half a day.  We had never fished any part of the river other than just outside the park, so we thought it would be fun.  The motel where we had stayed for years rented canoes, so we rented one from them and they took us up river and dropped us off.  We were to float down to where the motel was, so in three or four hours we would see the motel and where the water from the park emptied into the river.  Piece of cake.  Piece of cake.  That is code.  Same as “you can’t miss it.”

The motel owner took us up and dropped us off.  We had our fly rods, fishing vests, a small cooler, a couple cushions, and of course paddles.  Not much else.  Oh yeah…nets, which were attached to our vests.  We loaded up and shoved off and waved to the owner.  He took off and we paddled off.  I sat in the back.  That is important to note.  The guy in the back of a canoe is the guy who steers.  Remember that.  Also remember this…I don’t like canoes.  They aren’t stable.  I prefer wide river boats for float trips.

It was truly a beautiful day.  Birds were chirping.  We set up our rods.  We were ready to go. As normal for us, even in a boat, we wore our vests.  We were floating along, looking at the water.  The truck was gone.  We had just popped the top on our first coke.  And then…some moron put a monstrous low hanging tree over the river and in our way.  We had not traveled more than three hundred yards.  See where this is going?

I hear from the front of the canoe, “Hey, tree!”  Like I can’t see the sequoia stretched from the bank over the water, about to grab the front of our boat.  Dennis stuck his paddle right into hanging trunk of the tree as I used my paddle to try to steer away.  The problem was that the current was rather swift and Dennis and I were actually fighting against each other and the tree, which was hiding 43 Keebler elves inside, was laughing at us.

Seconds later, as chocolate chips were flying as the canoe turned on its side, over we went.  Man, that water was cold.  Both of us instinctively went for our fly rods immediately.  Thirty minutes later we had gathered everything except a couple missing cokes and the seat cushions.  Once we got the canoe emptied of water, we threw everything back in and got going again, shivering like we were on Everest.  Fishing was over.

We began to paddle like we’re in the Olympics.  We found the cushions and rather cold cokes in about twenty minutes downstream.  Needless to say, the owner was surprised to see us show up so soon back at the motel, dripping as we walked in.  He had a good laugh.

The motel had a washer and dryer, but the dryer had the heating capacity of about four candles and a flashlight.  After wasting two hours and about $2.50, we gathered up the clothes and headed to town for dinner and found a laundromat to finish drying the clothes.

All in all, a great time was NOT had by all.  I still get kidded by that trip.  That was probably fifteen years ago.  We have not tried it again, and quite frankly, I will not get in another canoe.  Nope, no thanks.  I will stick to river boats and cruise ships. 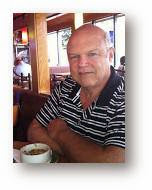 Posted by Unknown on September 01, 2016
Email ThisBlogThis!Share to TwitterShare to FacebookShare to Pinterest
Labels: Krulik