As I have mentioned before, I am terrible at poetry. No, no, my young padawans, it is true. It's not for lack of trying, really. It's just that I'm not very good at it. 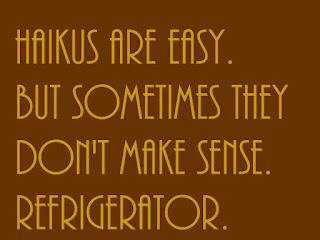 It usually begins well and then falls into confusion and shambled imagery (Much like a Tarentino movie). So, it is with great trepidation that I approach one of the major tropes in my end of the pool - the song.

Tolkein was a great one for this. He wrote pages of ballads and lays for his novels, which I don't doubt were longer than the final edit that made it into print. This set the standard for the rest of us who have come after him. A majority of the novels I have read over the years have some form of lyrical verse at least once in the series. I suppose I feel obligated, then, to add such to my novel. 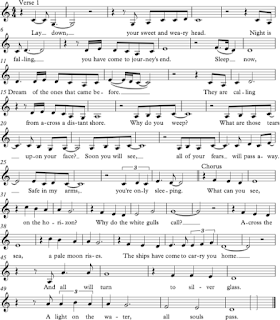 Still, one must try. I have two so far and I suspect that there will be more before the end. You see, I have discovered that they can be useful if I do it right. They can convey the mythology of the characters singing or even a drab of history/background. This frees me from falling into an info dump or long exposition as to either of those things. Both are trends that I find common in the leading authors of the genre or any other for that matter. That annoys me. So, taking my cue from Aeschylus, I have decided to try to use them much as one would a Greek chorus.

Of course, the trick is not to get over zealous with the thing. I love LOTR, but I have to confess that I usually skip over the songs. Maybe it's that I have the attention span of a goldfish, or perhaps I just have trouble with poetry in general but I get lost in the numerous stanzas and lose interest. My goal, then, is to make my songs shorter but still convey the information I want displayed.

So here is one of my songs in its broadcast premiere:


I wonder as I wander out under the stars
For four lonely children, alone in the night
Bound to the sea for nine hundred years
Woe to the children, the children of Lir

I wonder as I wander of four lonely swans
Cursed by a fey mother and exiled from home
No kith and no kindred to comfort their souls
Woe to the children, the children of Lir

I wonder as I wander of four wretched hearts
They fly away home to find only loss
The Feyr and the Fain had passed into Time
Woe to the children, the children of Lir


Farewell to the children, the sad children of Lir
Posted by Michael T. Moir on September 29, 2016
Email ThisBlogThis!Share to TwitterShare to FacebookShare to Pinterest
Labels: Moir