Let's be Careful Out There

Last week, we got our first "major" amount of snow this season. Now, seriously, that is a joke in itself, because it was only three inches, but I have to call it the first major one for a few different reasons. First, because anything that does more than cover the ground at the beginning of winter is major. Second, most people around here have a serious case of amnesia when it comes to driving in snow or even heavy rain, i.e. "Oh my God, what is that stuff falling out of the sky?" Third, it gives our city and state road crews the ability to test the plow crews to see how they do in respect to removing the snow in a timely manner. Fourth, let's test the weather people for accuracy. I won't get into number four as I already did a post on those people.
Our snowfall began at around 8:30 in the morning and stopped around 1:30 in the afternoon. Now I know we are read literally all over the country and in Europe as well. I mention that because I want to emphasize that here in Indianapolis we average 27 inches of snow for the entire winter season, and most of that comes in little amounts of two's and four's, with an occasional storm of six or more.
Neighbors to our north, such as Wisconsin, Michigan, Minnesota, and New York get far more than we do. They would laugh at our recent little three inch dusting. Let me tell you about our initial snow that woke up our driving population to the joys of winter. After they figured out the white stuff falling out of the sky was indeed snow, they remembered much too late that this stuff caused the roads to get slick. The average moron still maintained his or her regular speed, which is about 75, and kept about seven feet off the back bumper of the car in front of them. This is called dips in packs.
I'd like to start a survey. Let's see if you agree with me. I've been driving a long time, and in a lot of snow. Here is the question; Who is the first person in the ditch when it snows? (Let's all hum the theme song to final Jeopardy while we think) Got your guess? Here is mine...A male in an SUV. Second is a male in a big, four-wheel-drive pick-up truck. In both cases they think they are invincible. Now then, who is the safest? Hmmmm?   In my humble opinion...a woman in an SUV.
The other day, as the snow was coming down, morons were slamming into each other like crazy and idiots were going into the ditch. Yep, guys in trucks and SUV's. I drove by and pointed and laughed in my little clown car. 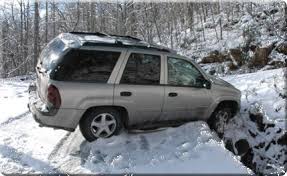 We have here in our city 117 plow trucks. The State has I don't know how many. Let me tell you how this all works. The Interstate system around the city is always clear...ALWAYS. Those people do a fabulous job. One flake starts to fall out of the sky and they are out there. The city is another matter. It doesn't matter who the mayor is, the story is the same.
All 117 city plows are at Steak-N-Shake, kicking back. I'm pretty sure there is an unwritten rule they don't start plowing until all SUV's are in the ditches. The next storm that comes, I am going to duct tape four snow shovels to the front of my clown car and do it myself. The other option is to put runners under my car and strap twelve huskies up front and off we go like the Iditarod. My dogs and I will laugh at the idiots in the ditch.
Posted by Unknown on December 22, 2016
Email ThisBlogThis!Share to TwitterShare to FacebookShare to Pinterest
Labels: Krulik