I have received the first review of my gay-themed guy-outta-luck story that I have discussed (and doubted) over several posts. This week, let me add another.

More than ever, this Holiday break I see myself as only a scientist. I should write only in lab notebooks, publish only in scientific journals. I should wear a lab coat, nitrile gloves, and write with alcohol resistant Sharpie markers. I should not create stories. I should only correct biological narratives based on data collected and data analyzed. Why the realization of my limits?

One of the Editors sent a lightly red-lined, yet revealing review of Interstate Pan. Overall, he liked the story, but the humor was too dark for his audience and, structurally, the story had only one scene, albeit a scene in motion. Also, some of the detail was too graphically titillating, or could be read as such. His suggestions? Lighten up the dark humor, utilize light humor, and bring the lightened dark humor into the forefront. And add more scenes. And fuzzy up the graphic parts.

I am both humbled and discouraged. I feel vulnerable. Rejected. (What's wrong with one scene in motion?)

Of course, I did not write porn – never could do that even if I tried. However, while I can add fig leaves wherever necessary, I fear – and it is a true fear – that my story may not be fixable in other aspects. Well… I don’t know yet. No doubt, I have certainly made things tough for me. The theme, you must understand, is in itself dark. It involves a serial killer and the serial killer’s prey. So, the humor, somehow, must not be dark and must not be gross and must be entertaining and must be humorous. And not just any kind of humor, but sarcastic humor. Parody humor. Self-effacing gay guy-outta-luck humor, as in David Sedaris humor. David Sedaris…dammit.

Okay, Brain? Hello, silly scientist who should have stuck to numbers and cancer killing drug studies? Yeah, YOU. Got a question for ya… What embarrassing mess have you gotten yourself into?

To be fair (to my brain), I had no way of gauging anything until I actually submitted something. The intensity, or seriousness, of what the editors wanted in a story or even the level of detail they expected from my gay guy outta-luck and burned or bruised by the absurdity of sex…or lack thereof; well, how would I have known any of this unless I had submitted a story?

Still, I blush. I want to close my laptop. I want to hide behind a white lab coat and spend the whole rest of my life in front of a laminar flow hood, peering through a glass shield that gently reflects back an image of a humorless scientist busy in work and not writing in pleasure. While my story was not rejected, I am rejecting my supposed talents in creating ‘story’.

In another post, I wrote:
Rejection is part of the writer's journey, right? Yeah...What I DO know is that I like what I wrote, and I am fully open to the possibility that my story may not fit a publishing entity's theme or audience.

That’s true. I understood that my story may not fit the mold. So, it turns out that my story, in its current state, does not. Maybe it can, but at this moment, it does not. And it hurts.

Well, I have no real choice but to give revision a try. If I do fail to produce an acceptable product, then I know where I belong: 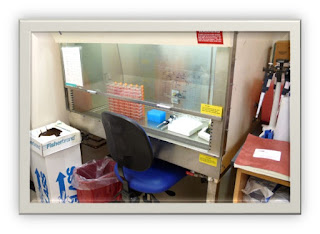 Either way, it’s randonic. Incredible amount of work to do; an immense acceptance to my limits that I must now face in the purgatory phase we call Revision. Of all the selections in costumes to wear on stage for this discovered audience, and of all the infinite combination of hats and ties and, yes, underwear and socks; I am suffocating from the choices. Where in the hell do I begin? I don't like Saturdays. So much time left to go until Monday, when I don the lab coat. Another quote from an earlier post:

"In the very least, I already knew before I sent in the first draft that Joshua's story needed reworking. Every author needs to revise their work. Period. And so it goes...into the hands of others."

And so it goes…back into the hands that wrote it. Whatever it is that I created, it is mine, for better or for worse. 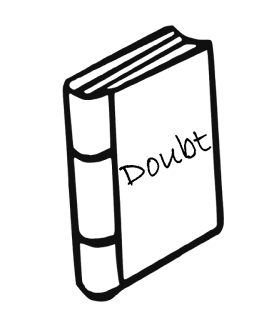 Posted by Randy Wireman on December 31, 2016
Email ThisBlogThis!Share to TwitterShare to FacebookShare to Pinterest
Labels: Wireman