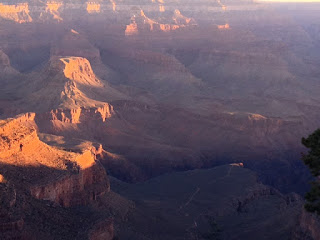 Once we wrapped up our time there, we meandered toward Steve and Janet's house in Phoenix by driving through the beautiful town of Sedona and visiting three wineries. Yes, Arizona has grapes.
We wrapped up our great trip by eating cookies at their house, relaxing by their pool, before flying back to St. Louis and our waiting car. We would like to thank Steve and Janet sincerely for this fantastic road trip. There are not too many people you can make a trip like this with for this much time without taking a crowbar to someone's head, but I have known these two people for over forty years. I trust them with my heart and life. We had a blast and we love them. Thanks guys.
Posted by Unknown on December 08, 2016
Email ThisBlogThis!Share to TwitterShare to FacebookShare to Pinterest
Labels: Krulik