Travels Through My Mind

Some time ago, my sister finally got around to reading the Lord of the Rings trilogy. Now, my dear readers, you must understand that she is not of the geek tribe. Her tastes tend toward more traditional literary works.  But. then again, she is an English teacher so it is understandable. Now, I don't know what possessed her to dive into these tomes. Whether it was my own obsession with them or just professional curiosity, she did take up the challenge one summer. It was a hard slog for her, but persevered. She had this to say about the whole affair.

I may be paraphrasing, but that was the gist of it. When my heart rate returned to normal and I had choked down my indignation, I asked why she thought this.

"They were always travelling. Page after page of them trekking from one place to another."

Again, I believe I am paraphrasing.

As with all criticism, there is a period of disbelief followed by a moment of reflection. And there in that moment of reflection I realized that she was right. Not about it being boring, but rather about the travelling. It is a quest, so certainly there will be travelling. It's kinda the whole premise, I suppose. Yet, there are whole chapters dedicated to the act of forging there way through Middle Earth on their way to Mordor.  Reluctantly, I have to concede that this particular aspect of the work could be conceived as uninteresting to those not of our tribe. 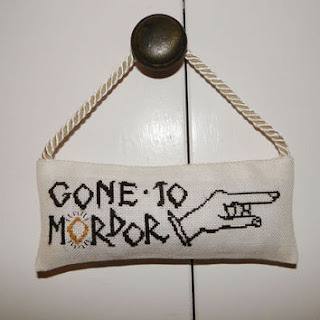 As an aspiring writer in the genre, what can I do to keep this from happening in my novel? I have stated before that I would like to reach more than just fantasy enthusiasts to a much wider audience, but medieval travel was slow and arduous. Now, not all fantasy novels are set in the middle ages. However, my novel is set in this framework (more or less). I am not partial to fantasy novels that hint at a technological age prior to the current age, though Terry Brooks managed to pull it off fairly well in his Shanara Chronicles. Still, I am bound by the rules of the time period in which I am working. A person on foot averages about 3 mph while a horse with rider averages (depending on the type of horse) about 8 mph. Try to imagine going that slow in your car for reference. Infuriating, isn't it? What, then, can I do?

As always, I looked to those who had come before for answers. Robert Jordan in his Wheel of Time series employed a device that he named "Travelling". Not the most original name, but it served it's purpose. Essentially, the gifted characters could open portals that would instantly transfer a person or entire armies across vast distances. Handy that and good for moving the pace of the story along. J.K. Rowling in the Harry Potter series had various devices from "flu powder" to "vaporating" that allowed the characters to get hither and nigh without all the drudge of trekking. Anne McCaffrey in her Dragon Riders of Pern series utilized genetically engineered dragons that could teleport wide distances, though they were limited to the span of distance. Katherine Kurtz employed magical teleports in her Deryni series that were rather poetic in their implementation. Roger Zelazny employed something called a "Hell Ride" in his Chronicles of Amber series, which can best be described as a horsed version of the boat scene in Willy Wonka and the Chocolate Factory. 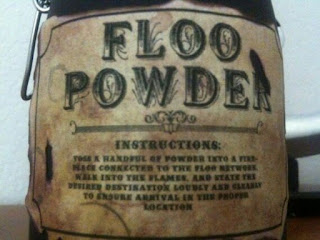 I haven't worked out what I'm going to do about it yet. There must be some trekking overland as that is part of the Quest trope. However, I don't want that to be the only thing that the reader (especially if they are not of our tribe) to come away with at the end. I don't want whatever it is to be an obvious gimmick like flying carpets of the like. Yet, I do need something.  Some device or happenstance that crosses the distances between settings without leaving the reader as a casualty on the roadside. 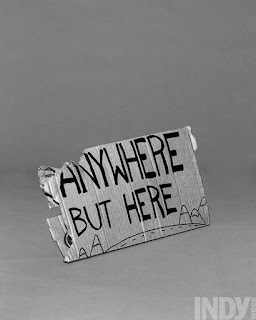