Tonight, dear readers, I bring to you another of my works. This is the opening to the second of my Wild Man triptych, called "The Red Arrows". Now, I know that there is a Canadian aerial group called such, so I hope that they will indulge me the use of their name for awhile. What follows is but a rough draft, but I hope you enjoy it just the same. 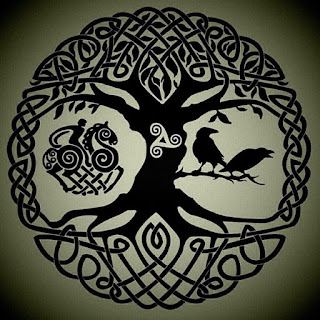 Once upon a time, in the not so far North, there stood a tree. Broad of limb and solid of trunk, it grew at the feet of the Whispering Mountain. It called itself, Lore - The One Tree. Sheer walls of lichen covered rock rose at its back while the whole of the Winter Wood spread out towards the northern horizon. It had stood in this place for ages beyond memory being just a sapling when mankind had only just begun to leave their caves. Root and branch spread wide and deep 'till naught but the tree stood in the glen.

No man had sheltered beneath the deep canopy, yet the tree was not alone. All creatures, the great and the small, lived within the embrace of the tree. Birds roosted in it's branches sustained by the abundant red berries while deer grazed in the dappled grace of the grassland below. Snow fell across the Winter Wood, as was it's want, but none fell through the pointed green leaves leaving all that lived below in quiet shelter.

There were those in the Wood who were not content to leave the world as it was. Black coated wolves lurked in the shadows and hunted through the night trying to fill the emptiness inside. Angry spirits swirled in dark, cold waters lusting for careless souls whose lights they could drown. And in the skies, there were winged hunters with sharp eyes and terrible claws who had nothing more in their minds than prey on the quiet and the peaceful.

Seeing these things, Lore grew unsettled. So, with the gifts that only the eldest of trees may posses, it raised up those animals that were willing as a defense against the shadowed, craving beasts. To the squirrels, it gave the power of flight. The chipmunks were made clever in all manner of devices, while the weasels were made to interpret all speech. Badgers were tasked with leadership, which is an honor that they carry to this very day. And the Moose, well I shall let the story tell of what Lore gifted to them. 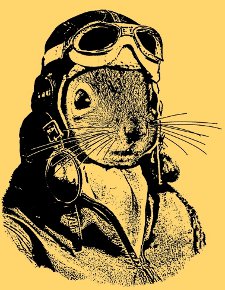