In honor of a great Cowboy tune, best sung by Cash (Oh Bury Me Not). I heard this last night, and I wondered if a lone prairie could truly be such a bad place to rest, considering urban sprawl.

They unearthed a man near a dead burr tree
The constructors cussed, killed their earth machines
On the city’s edge, rise the new buildings
Where our city spreads, on the new prairie

The law called on me and my specialty
Come survey this man’s archaeology
Excavate his fate, make your inquiry
Who’s buried there near our new city

I bent my back over the hardened clay
Dug in my spade, where his bones were laid
In a narrow grave, just six by three
He was buried there on the old prairie

His cow boots were worn, Justins on the run
Driving up longhorns? Or pinched banker’s sum?
Such a shallow grave, for a round in just...
Or a lowly bed, in a lover’s fuss?

I whispered prayers, despite a cultured mind
Should I leave you here under a mall's sign?
Will they take no heed to my open plea?
To exhume your bones to the lone prairie?

The contractor cussed, start these earth machines
On the city’s edge, rise our new buildings
Give me your report on that man deceased
Who’s buried out there on our new prairie? 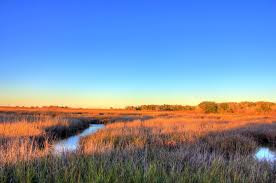 Posted by Randy Wireman on March 11, 2017
Email ThisBlogThis!Share to TwitterShare to FacebookShare to Pinterest
Labels: Wireman