Tonight, dear readers, let us talk of  characters. Specifically, let us talk of strong characters. Not ones of great physical prowess though that may be a tool used to develop such a character. Rather, let us talk of characters that have a presence strong enough to make you remember them. Individuals who are so written that their character is what drives the story such that every decision they make is meaningful. These then are the ideals that we will concern ourselves with tonight.

First, consider your favorite characters from your favorite stories. Let's say we limit ourselves to three for brevity's sake. I know, I know...a nearly impossible task, but let us try.

Right, so you have them now? Now, of those three, how many are women? How many Ripley, Hermoine, Katniss, Eowen, Menolly, Brienne or Diana fans are there out there? For my part, I have Frodo, The Doctor (We've established a long time ago that I'm a geek, so let's move on), and Eowen as my three. I chose Eowen because she manages to whack the head off a flying monster before dispatching the undead leader of the Nazgul all while loudly decrying, "I am no man!" That's pretty badass by my tally.

Who did you come up with as your favorites? Are you a modernist with your favorites coming from movies and television or are you more classical in nature? I suppose I am a bit of both. My three are: Ripley (Aliens), Katherine (Taming of the Shrew), and Medea (Medea). I will explain.

Ripley. This one is easy. I am not much of one for scary movies, but I do remember being coerced into going to the theater to see the very first Aliens movie. I remember two things about that first viewing of this iconic movie. The first is that the xenomorph scared the crap out of me. The second is that I remember thinking how awesome Ripley was as she battled the monster, especially in that exosuit. Details of the movie have faded over time, but that character (and the monster, of course) are what have stayed with me over the years. 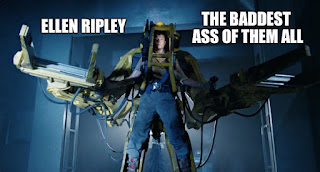 Katherine (Kate). A woman of her own mind and will who isn't having any of the worldly norms except by her own design.  If you have seen or read the play, then you will know that she is the strongest character in it. She rails against the men and over shadows the women, until such a time as she decides to not do so. Even when she seems to have acquiesced, the viewer knows that she has merely taken another tack. She is in as much control by the end as she ever was in the beginning. 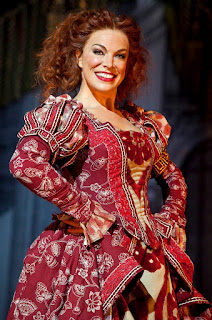 Medea. A woman scorned and set aside. Yet, she does not meekly suffer her fate. Now, her actions are extreme by any account, but it is the fervor of her conviction and the will of her actions that have led this particular play to survive for 3000 years. No mean feat for any author or the characters that spring from their minds. 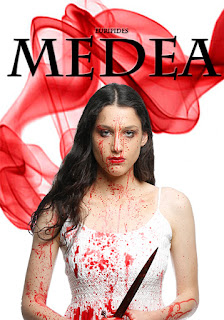 So, as you write, think on your characters. Think of your female characters and whether or not they measure up to the three you picked out. If they don't, then perhaps it is time that they did.
Posted by Michael T. Moir on July 04, 2017
Email ThisBlogThis!Share to TwitterShare to FacebookShare to Pinterest
Labels: Moir