Ben Franklin's quote sums it up for anyone who wants to be remembered: Do something worthy enough to be recorded or write something worthy of being written. In short, Mr. Franklin is referring to legacy.

I suppose a legacy can be born just by given birth or raising children who might someday become famous -- or infamous. For example, a daughter of mine that has become a world famous stand up comedian might have a CNN brain implant special devoted to her that begs the question: What were her parents like? My legacy will be: Her father was an average research scientist who struggled to become a respected writer and whose personality was on the eccentric side -- and once choked on a bag of Doritos. Ah, the reporter will sum up. This Randy fella was the source of her craziness.

Or possibly my son will be the infamous Garden Gnome Strangler, and his CNN special will want to know how such a brilliant doctorate student of Comparative Mythology became so deranged and murderous at the site of plastic gnomes. My legacy? His father was an average research scientist who struggled to become a respected writer and whose personality was on the eccentric side -- and once choked on a bag of Doritos. Ah, the reporter will sum up. This Randy fella was the source of his craziness.

Sadly, I have no children. No child = No Randy Legacy by way of DNA or fostering

Regarding legacy borne from my career, HA! I say, HA! That's not going to happen, just the same. Sure, I have discovered things. Sure, a half dozen journal articles out there have my name on them, but only one is First author -- and even that was a co-first author. Everywhere else, I'm third, fourth, and maybe 100-th author. The truth is, I have always discovered things in labs that were given to (or stolen by) students with the Principal Investigator's blessing. Sure, I am a dependable, 100% honest and hard working lab rat who can think independently and discover things while fed only crumbs. But, I will never be given credit or a voice for anything beyond the titles Lab Manager and Research Associate. I knew what I was signing up for, so no pity necessary. Also, I have no interest in furthering my titles due to my age and lack of money, thus...it's my own dilemma.

Sadly, I'm no superstar in my field. No PhD = No Randy Legacy by way of Title or career

The written word implied in Mr. Franklin's quote could be an analogy of any medium that records historic content. But, why not take it literally? The art of writing is creating, of course, whether a fascinating or timely story, one or more memorable characters, or extraordinary context that teaches or postulates a new way of thinking, existing, or even a new understanding of what has already occurred, by way of masterpiece or by scandal. And if these important and memorable creations become historic within themselves, then the author or subject of these stories receive something special and unique in return: They earn legacy, for better or for worse. Which begs the question, what will be my writing legacy? Or even more precisely, am I creating something now that will be worth reading after I am deceased?

I am told by colleagues who have read an occasional post of mine or reviewed some story drafts that I do have some talent in writing. Some. SOME. Do I have enough talent to build my legacy? It won't be enough to just get a story out there. My worthiness will depend on how my stories are measured qualitatively in comparison to other contemporary writers of, say, of the American Midwest...or Gay Hoosier Bloggers...or Nerd Wordsmiths of the 21st Century. I've got a lot of competition if I am to leave something unique and worthy. And, if this is a race, then I am already falling behind.

Today, I've got nothing but a few blips on the Story-dar screen. Are my characters unique and memorable? I don't think so. Are the plots to my published stories remarkably unique and memorable? Good question. I did publish a story set in 19th Century England about a young man desperately waiting for his chatty mother busy knitting away on a pair of gloves to finally retire for the evening and leave him alone in the parlor so his lover galloping in on his horse could safely sneak into the house for some hot whoopee on the sofa. Certainly unique. Is it memorable? To be frank...

In fact, I'm a little sad over it. I can't even get myself to look for the bag of Doritos that my roommate Chris hides in his bedroom (trust me; it's the only way I can make an entire bag last a week). What I did look for were words to help elicit some confidence. I found the following from a blogger who took to answering the question of what is legacy:
"Leaving a legacy is leaving your impression on this world for posterity. It’s shown in what you did with your life while you lived and it lives on, stays in people’s minds long after you have joined the morning stars! It’s what you leave for future generations to get inspired from and create their own destinies and ultimately, their own legacies! A man’s legacy is known not from the number of years he has lived, but from the life he has lived in those years!" Raghu Meon (Legacy)

Can I create a story that leaves an impression on this world? I am often my own worse enemy, for I must be satisfied with the art before it enters the world for good. Can any one of my stories that finally does enter the world inspire someone to create their own story? I do try everyday to write creatively with you, the reader, in mind. Will I ever actually complete a story worthy of remembrance? I don't know. Honestly. I don't know. However, writing is one of those things that I do diligently in my life while I am busy living it. Ah...I see.

By the lovely words of Raghu, my legacy must already be in the making? 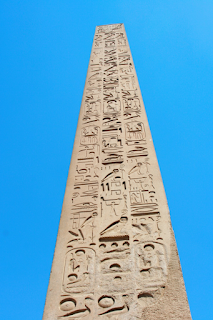 Posted by Randy Wireman on October 21, 2017
Email ThisBlogThis!Share to TwitterShare to FacebookShare to Pinterest
Labels: Wireman