Tonight, dear readers, I would like to convey an incident of clarity that occurred to me earlier this week. It occurred at the day job, which should come as no surprise to anyone. It was a Tuesday around noon when one of my bosses (I have four) came into my office and sank into one of my guest chairs with a sigh. The discussion that ensued was old terrain for the most part, save for the epiphany that occurred in me near the end before he had to dash off to pee (I have that effect on people). This is more or less how it went.

We began the conversation with the usual topics. 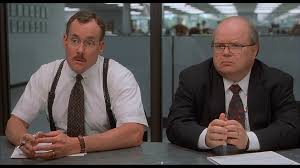 Him: Can you come in earlier? The bosses hate it that you don’t come in at 8.

Me: You know why I don’t. I still get my 9 hours and I’m here everyday at the same time. Every. Day. I’ve been doing it this way for 19 years and it’s worked just fine.

Him: Why don’t you make your people come in at 7:30? You’re people should be up and running by 8am not straggling in then and getting started by 8:30.

Me: We’re working on that and we’re doing better. You’ve seen that. Also, it’s November and there’s not much to do.

Me: It’s a distraction. We have accountants for that sort of thing. Still, I have billing and IT working on putting a widget in “Al-Jera” for me.

Him: This is for your professional development.....

Me: Let me stop you right there. There is no time in any work day that I am not learning or improving my program. Just because I choose to leave the accounting to the accountants, doesn’t mean I’m not improving professionally.

“Nothing will change if nothing changes.”

He repeats this phrase to me again and again like a 1980’s business paradigm mantra. I am certain that he’s read it in some second hand book on management. It was most likely found in the chapter on “Difficult Employees”. I understand that he’s trying to make things better, but short of changing the way the entire industry works, we’re as efficient as we can be. There are tweaks to be made, but the reality is that we are not Microsoft, Google, or Lilly, but rather a middling consulting firm in a middling city in a flyover midwestern state.

I admire his enthusiasm.

So, there I was listening to him trying to convince me to obsess over monthly P&L statements, when I had my moment of clarity. The din of second hand jargon faded like those moments in the movies where the world seems to pause while the protagonist monologues about their own epiphanies. I sat there and thought to myself:

I don’t want to do this. I want to write. 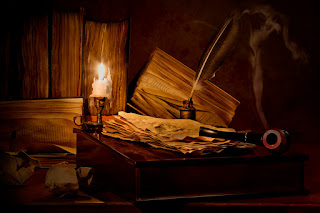 And there it was. The answer to the question I have been tilting at since college.

I have no illusions that writing does not have it’s own terrors and heartache. There are plenty of blog posts about that out in the interwebs. I chose a workaday life because I was afraid I couldn’t make any money as a writer. Self doubt has kept most of my writing projects locked away in my mind for all these years, but now Howe chains are rusting through. I won’t be following in Nathaniel Hawthorn’s footsteps (though my dear wife has offered to let me try), but now I know that the business world is not my path.

I will keep the day job for so long as it is needed, though that be the rest of my career, because I enjoy heat and eating on a regular basis. Still, this is a milestone for me. This is the point where I have finally decided what to do. It took 50 years, but hey, I was always a late bloomer.

This is where I begin to Forge my dreams. 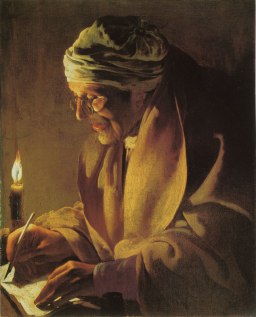