Eavesdropping.  Everyone does it to an extent.  Listening in to others talk about what ever.  Business or personal, it doesn’t matter.  Not knowing all of the context or the background to other peoples’ conversation can be very interesting.

My wife and I tend to do it a lot when we are out and about. It’s great way to pick up story ideas. Let it be from a whole story, a sub story, or a way to build up someone’s character.  Different accents, or dialects, so on.

Recently, I was on a business trip.  A quick two-day trip for some training and a factory tour.  I love traveling.  It is a great time to people-watch and eavesdrop.  And this latest trip I got to see and hear some interesting people.  My favorite stranger that I came across on this trip, well, I should say to be fair, she interjected herself onto me.
We had just over a two-hour layover in Dallas Fort Worth International.  Walking through terminal C, my co-worker and I saw a TGIF restaurant and bar just around the corner from our gate.   We agreed it would be a good place to grab some food and drink. We had no problem finding a spot at the bar, only one other guy sitting at the end.  We dropped our bags at the foot of our stools and took a seat.

The bartender came up to us with the usual bartender jargon, “Can I get you guys something to drink?” as he laid down two white drink napkins.

We got our drinks.  My co-worker downed his beer looked at me and said, “Nick if you don’t mind watching my bag.  I’m going to step outside and smoke a cigar.”

He picked up his bag and put it onto the bar stool that he was sitting on and off he went.

Not more than three minutes after he left a women came up to me, asked if she could sit where my co-worker was sitting.  I informed her that the seat was taken but she could sit one seat over.

She was an older lady.  I would guess she was mid 60s, maybe early 70s.  She had money, or maybe she wanted to look like she had money. Regardless her style was that tacky, clunky old lady look.  Long fake fingernails that were thick with chunky light blue nail polish.  A thick woven white sweater with light blue accent throughout the sweater.  Big chunky rectangular shaped gold earrings, matching necklace and bracelets. Chunky. Gaudy.  Her makeup was just as over the top as the rest of her.  Red lipstick and all.

She ordered her drink which was just a tacky as her.  I felt sorry for the bartender.

The bartender grabbed her a menu and went off to make this women’s olive juice with a little bit of vodka martini.  He came back with the drink and took her food order.

The woman proceeds to get her iPhone out and start going though Facebook.  Sipping her martini.

She then started texting whomever.  The clickity tap of her thick light blue fingernails against the screen of her phone was getting a little annoying.  It appeared that the nails were preventing her from getting a good solid connection to the keypad on her screen.  I could tell that she was getting impatient.  She started to talk message instead of typing.  Talking into her phone and then hitting send.

At first, her messages where normal.

“Just got into DFW.  Having a drink and getting something to eat.”

Then she dropped a message that got my attention. Speaking into her phone with one hand and holding her martini in the other.

“I wanted to ask you.  Are you available to fly down to Nicaragua with me next month?  I have a friend with a condo and a butler.”

I causally turned and looked her direction.  She was looking into her phone.  The glow of the phone lit up her face and the make-up.

Thinking to myself.  What kind of question is that?  Who gets that question?  Better yet, who has a butler?  Who uses the term butler?  Why Nicaragua?

All these questions flooded my mind.  And I thought this woman would make an interesting story character.

I almost turned to her and said, I’ll go to Nicaragua. But I thought better.  She might agree and demand that I learn how to make her olive juice martini for her. 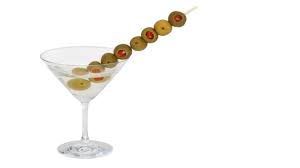 Posted by Nick Dyakanoff on December 09, 2018
Email ThisBlogThis!Share to TwitterShare to FacebookShare to Pinterest
Labels: Dyakanoff