In the annals of my corporate life, there are many things which would strike an outsider as odd. There are stories that would make you laugh and those that would make you despair for the fate of humanity. There are even some tales that make the reader and narrator scratch their heads in wonder. What follows is of the latter category. It is the tale of Don Ricardo de Codicia and the Yellow Line. 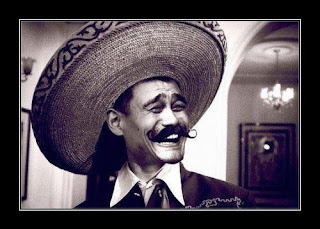 Don Ricardo is one of the great and good in our little corporate village - a veritable founder of the town , if you will. He is a tall man with little hair and of narrow waist, though his personality more than makes up for his lack of follicular activity. This is due in large part to his ego, which shares a gravity constant with Jupiter. Not prone to humility, Don Ricardo revels in leading tours of prospectives through the building touting this or that wonderful aspect of our little world. He enjoys the uninterrupted attention and the opportunity or dazzle the uninitiated with his knowledge of the inner workings of our craft. The fact that those inner workings, as narrated by him, change in scope and nature depending on whom he is leading about does not bother him, though it is amusing to the rest of us.

There is one thing however, that the Don will not tolerate in the least. One must never place anything beyond the yellow line. You see, within the deeper parts of our little village there are three bays each with its own automatic garage door. These doors are how we, the villagers, move our goods and tools in and out. One is blocked due to lack of storage options and the other is used copiously by all who reside in the hamlet. But the last one, dear readers, this last bay is for Don Ricardo only. This area is bordered on three sides by a bright yellow line painted on the floor. Where the line came from, no one knows but there it rests defining that area which shall not be used. 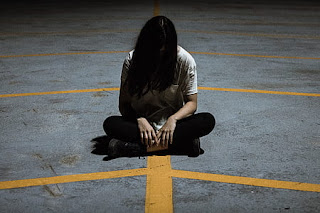 The Don guards this area with the tenacity of a peacock defending its hen. Should some unwary or unknowing serf be so unlucky as to attempt to store an item there for lack of a better space, the Don swoops in the scuttle the item away all the while clucking discontent at any near enough to hear. Now, it is not that he himself keeps anything in this area either. No, this is an area that he has designated for himself and must be kept clear “just in case”. The event that this space would or could possibly be used for has not been defined, but woe unto the lackey that places anything across that yellow line.

So we, the poor village folk, watch as Don Ricardo parades through stopping only long enough to chastise whomever is unlucky enough to be at hand to go and sweep out his area (yes, we are expected to keep it clean for him) before sauntering off trailing his audience. Those of us left in his wake grumble not so quietly as we push our brooms across the floor beyond the yellow line. 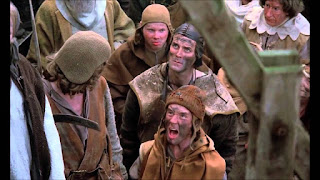