'Line. Line!' and Other Lines such as 'Dioecious Tells Monoecious to Die but Monoecious Grows an Intersex Branch Anyhoo' 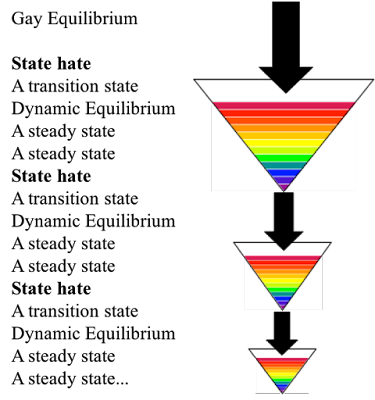 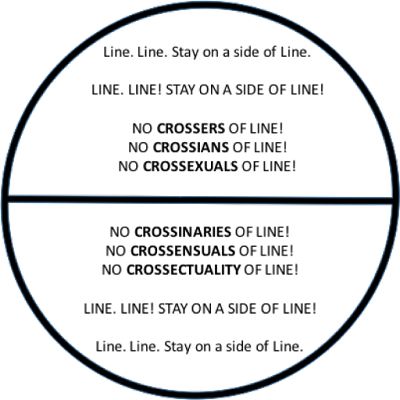 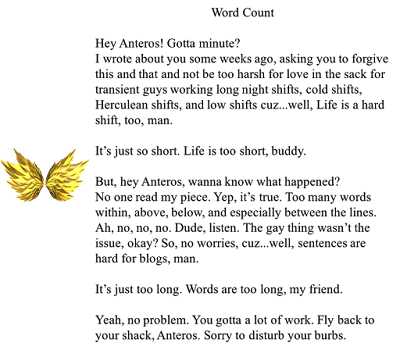 Holly’s prickly leaves scratched and clawed the River Birch branch in the gusts of a roiling storm. His seed spread by the wind before his bank was washed clean, and he was satisfied as his branch remained rigid and exposed in the collapsing storm. Where his seed would go, he did not know, only that a fruiting Holly would receive his gifts, and naturally so.

The tremendous rain drowned River Birch’s catkin dangling from the thin branch he shared with River Birch’s flower and sadly leaving the flower’s thirst unquenched. River Birch, robbed of potential fruit, hoped to spend the summer preparing for branches anew and sprout enough green diamond-shaped leaves that sung in the wind to meet the sun’s blessing and grow a trunk strong with bark that peeled in elegant patterns.

Holly’s sharp leaves still scratched and clawed the River Birch branch in the gusts of the parting storm. Holly thought over the fate of the River Birch and felt the need to say:

“I cannot tell if you are male or female. This disturbs me, for I should know. How exactly - where exactly does your seed sow?

River Birch failed to untangle from the Holly whose leaves sliced into the bark and dug in only deeper. Holly had more to say:

“I think you should kill yourself. Let your root run dry. Do not sprout leaves that sing -- just shrivel up and die. Do not take pleasure in sun at all, or grow your trunk bent and tall. Why shed your skin in such elegant patches and waste God's time making abnormal branches?

River Birch felt the rainwater evaporate from the upper branches most closest to the clearing sky. If only River Birch could have been planted near the black oaks or that lovely Willow who so pleasantly dips her branches over the pond. Holly felt the need to say more:

“We do not need your kind to thrive. We detest you’re even alive! We have no use for things like you...demented, unnatural, and most confused.

"Listen here: We either eject our seed for wind to carry or expose our branch to bare red berry. We dare not do both -- quite the contrary! -- do understand, you little fairy?”

River Birch’s branches finally broke free from Holly’s scarring claws sending many catkin to the mud below the canopy. A sad thing for certain, yet River Birch thought of the word: soon.

Soon, River Birch will catch the warmth of a peeking sun and roots will drink the filtered, cold rainwater. Soon, bark will dry and peel in elegant patterns on an ever taller trunk stretching and bending and twisting wherever the sun so blessed. Soon, small diamond-shaped leaves will sing in the breeze, and new catkin and catkin flower will find themselves blossomed along thin brown branches old and gray branches somewhat old and, soon, bright green branches sprouting anew. 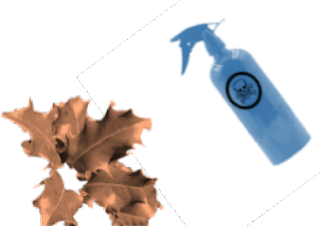 Posted by Randy Wireman on April 17, 2019
Email ThisBlogThis!Share to TwitterShare to FacebookShare to Pinterest
Labels: Wireman