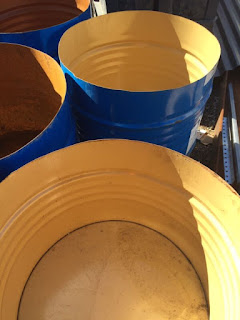 Stepping off the bus onto the city sidewalk, Evan was unsure exactly where he was.  He turned around to watch the bus doors slowly slide together shut.  The grumble of the engine became more audible as the bus started to drive away.
Evan looked to his left then to his right, examining his surroundings.

It was a gray chilly day, high overcast clouds.  A biting wind blew gently against his left cheek.

People walking by spoke some kind of Asian language.   Not knowing for sure if he was in Chinatown of some city or if he was in some far off distant city somewhere in Asia, he continued to walk.

Evan had no idea how he got there... wherever there was.   He thought to himself, Am I dreaming? Or am I having a real Quantum Leap moment?

No worries, Evan thought to himself.  I’ll figure this out.  But first I need to use the bathroom.

Evan started walking down the sidewalk in search of a public restroom.

Above the street was a large steel track system.   Some kind of a train or public transit system, Even thought to himself.

The people passing by were all Asian, all dressed in really nice, dark-colored business attire.  Some had briefcases. Some had accenting scarves around their necks.  Very well put together people.  I must be in some kind of business district, Evan thought.

He continued walking. Taking in the environment.

Evan came to a large, beautiful courtyard.  A fountain was in the middle.   A wide semi-circle of cement stairs was on each side of the fountain, making a perfect circle around the fountain when looking at the whole courtyard.

At the top of the semi-circle stairs was the entrance to what looked like a really nice business sky scrapper.

Evan proceeded to go into the building in search of a restroom.  The urgency was increasing.

Once inside the lobby of the building, Evan found a security officer sitting at a large stone desk, dark jade green in color.

Evan asked, “Where are the restrooms?”

The security guard looked at Evan with a puzzled expression.  The guard responded in some Asian language that Evan could not understand.

Evan started to communicate with the guard using hand signals and speaking really slowly.
Somehow, Evan and the guard were able to understand each other.  The guard pointed to the elevators and held up 4 fingers.

Evan said thank you and headed for the elevators.

He was able to get into an elevator just before the door closed.  There were 3 other people in the elevator with him.

The door opened at the 4thfloor.  A man next to Evan stepped out of the elevator.   Evan followed.

As soon as Evan cleared the elevator door, he saw something very confusing.

On ether side of the elevator door was what looked like 55-gallon drums, only they were about knee high.

Evan stepped towards one of them thinking it was some kind of art exhibit.   He confirmed that they were just 55-gallon drums cut in half.

He counted 8 of them. He thought to himself maybe these drums are just trash or different recycling containers.

The man that walked out of the elevator with him, walked to one of the drums.  Evan watched the man proceed to unfasten his belt, unbutton his pants, and pull down his zipper.

Evan was dumbfounded at what he was watching.  The man was pissing into the knee-high drum.  Right there in the open lobby.  Hearing the man’s urine splatter into the drum triggered Evan’s urge to urinate even more.

Evan was still dumbfounded with the knee-high drums and watching a stranger pee into them.

Just then the elevator door opened, and a lady sharply dressed exited from the elevator.  She walked passed Even, gave him a pleasant smile as she passed.   She then went to the far knee-high drum, proceeded to lower her skirt, and squatted over the drum.

The sound of the splatter inside the drum sent Evan into desperation.  The urge to pee was over whelming him.

Clenching his muscles tight and looking around in hope to find some sign of a traditional restroom, he was becoming desperate.   He was thinking to himself, I hope this not the restroom area.  I don’t want to pee in front of this lady.  I hope this is just a dream.

And just like that.  I opened my eyes to my dark bedroom.  I crawled out of bed and bee-lined for the bathroom.  Looking down at the toilet, I made sure I was peeing into a real toilet, not a knee-high 55-gallon drum.  I thought to myself, That was a strange dream.   I guess I really had to go.

I have been having very strong and vivid dreams the last month or so.   Some of the dreams I remember strongly.  Some of them I remember long enough only to forget about a few hours after my day starts.

The above story is one of those dreams that I’ve held onto for whatever reason. 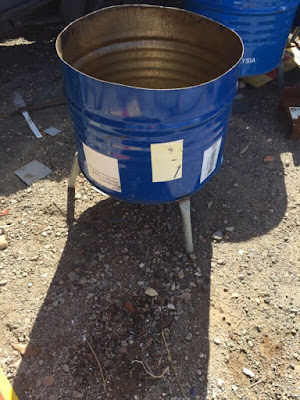