It has been hard for me to concentrate lately, my friends. I mean, my mind is normally just one shiny object away from going completely off track but the state of things of late has left me adrift. It's not that I don't want to write. I truly do. Rather, it's that there are too many things teasing away my concentration. There are too many things that I want and need to put to paper (figuratively speaking) that I just can't focus on any one of them.

Yet, I cannot let my mind wander aimlessly like this forever. I must calm the storm, as it were, and alight on a single subject. It being Father's Day I have decided that this is a good place to start. I would like to tell you all of the man that was my father. 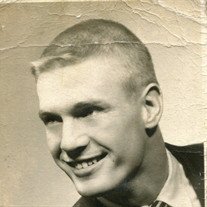 It has been almost a year now since my father passed away. He died on August 19th in the wee hours of the morning in a run down nursing home on the east side of Indianapolis. It had been ten days since we first took him to the hospital until that final moment - a victim a failing heart. I don't know what I expected the end of his life to be, but I suppose I imagined something...more dignified. Not to slip away plugged into an oxygen machine set on full, desperately trying to force oxygen into your body. And yet...this was his end.

My father was an Eastsider man and boy. Save for a brief time when Uncle Sam called him to service during the Vietnam War, he remained a scion of Indianapolis to the last. A graduate of Arsenal Technical High School and IUPUI he was on the forefront of computer programming. These were the days of punch cards and main frames the size of a city bus that had less computing power than my phone. I remember many nights when he would get the call to come and fix an error in the "code" (do punch cards count as code?) when the company would run its inventory and accounting. He always answered the call no matter what the time and stayed for as long as it took to make the thing go. It was only after 40 years and light years of change in the computer industry that he powered off his mouse and left the building for good.

He was a man of passions. Golf was chief among these. There was not a time when he was not considering playing a round. It was only thunderstorms and blizzards that kept him away, though I suspect he would have braved even those if he could. My mother used to tell the story that my dad was out golfing the day I was born. This was in a time before they let fathers in the delivery room, so it can be forgiven.

Now, when I was 11, I declared my intention to learn to play golf. It wasn't so much that I wanted to be like all the other members in my family as much as it was that I didn't want to babysit my little sister anymore while they were all away golfing. This was particularly true on our summer vacations to Michigan. However, it turns out that I am truly terrible at golf. I was so awful at it that is was painful for others to watch me try to play. My father, though, would come back from playing 18 with my relatives and then take me out to a small 9 hole course nearby to let me play. Oh, he would get aggravated with me and repeat the constant refrain of, "Keep your head down." but he would always take me out. 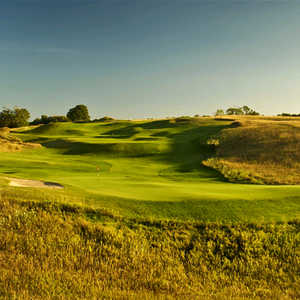 Fishing was another of his endeavors. Nearly every Saturday in any given summer would find us at the Mallory Conservation Club since I was the age of five. Now, at that age, I was mostly interested in chasing frogs and blowing bubbles in the water through the hollow bit of my bamboo pole, but he brought me (and later my sister) there week after week. I also remember always wanting to pluck a water lily flower for my mother. These were at the back of the pond and were notoriously difficult should your hook get entangled in the stems. Yet, he would row me back there at least once or twice in June and July to get some blooms for her. 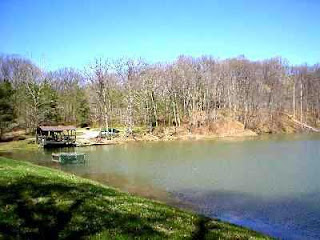 He never told us out loud that he loved us. Men of his generation did not do such things. Yet, it was in his actions that we knew that he did. It wasn't just the golf and the fishing, but also the band concerts and academic awards "dinners" that he attended even though I am certain he would have rather been anywhere else. It was through these acts that we knew he loved us and it is these things that I will remember of him the most.

Father's Day comes at the same time of year that tiger lilies bloom. My father always told me that he liked these flowers more than any other. He would ask me year after year what they were called knowing that I knew of such things. And now, whenever I see them growing in the roadside ditches or in clumps in old fashioned gardens, I smile and wipe the tears from my eyes thinking of the good man that was my father. 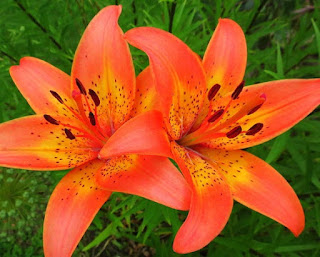