A Critique--The Castle of Otranto

I have lots of books.

So, I'm rereading some of the books that I may end up on the departure pile.  It's a sad, mournful task, like I'm saying goodbye to old friends, but like I said, I have lots of books.

I recently reread my old copy of Slaughterhouse Five.  It's falling apart, and I need to turn the crumbling pages as if it's 100 years old, but it's as good as I remember it.  Funny, much of the rhetoric and narrative have been imitated since Kurt Vonnegut wrote this--the narrative within the narrative, the overlapping time, the repetition--but the quality and wit still stand. 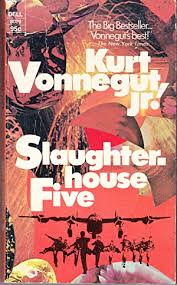 This is an extraordinary book for several reasons.  First, printed in 1764, this is credited as being as the first gothic novel.

Let me pause here.  The term "gothic" is very problematic, especially in contemporary times, when we think more about Trent Reznor and emo than traditional gothic.  But this novel created the first literary world in charming castles, ancient history, romantic clashes, illusive ghosts, and heroic honor. 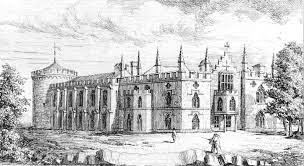 Horace Walpole (did I mention he's the one who wrote this?) set the tone and mood and identity and basic foundation for all of gothic literature.
But that's not all.  For the next 100 or so years, most of the gothic novels imitated his basic plot and characters.  His plot is pretty complex in places, but essentially, he introduces a curse and then a beautiful princess, an evil villain, and an unknown prince.  There are some chases and some complications, and then the villain gets punished.
So this is the second point.  Sure, he created the genre, but he also created the plot and basic characters that we see today.
Walpole's plot is pretty tricky for how short it is, but essentially, this is the foundation for so many gothic novels and Disney movies we have seen--the curse, the princess and the prince get together, and the villain gets punished.  Also, his characters are a bit lacking--if not very stereotypical--but again, the volatile villain, innocent princess, and valiant prince are stock characters we meet all the time.  Walpole set this stuff up and created these for the first time. 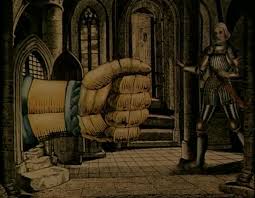 As a novel from 1764, you can't really sit down to read this like you would sit down to read Dean Koontz or Janet Evanovich.  However, this book offers such a foundational look into the history of the novel and the genre, and we rarely have such a definitive novel as to say, "This novel set the foundation for all other novels like it."

In this case, I think we can.

I'm keeping this one for a few more years.