I want to talk to you, dear readers. about a trope in the fantasy genre that I just cannot abide. This is a device used to the extent that I literally cringe whenever I read the words. This goes for both film and book as the wrongness of this thing transcends all media.

It is called the "Chosen One". 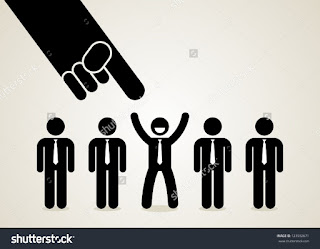 Simply typing the phrase makes me shudder. My finger twitches over the backspace button as the urge to delete the idea rises within me. This device is not only ubiquitous, but it is so omnipresent as to be offensive. The concept is simple: a character (usually a child) is named in a prophesy or legend to be the one to bring peace or restore balance to the land or whatnot. It's a theme that has been since the time of Aeschylus and very likely time immemorial. The most common variation is of the lowly farm boy who rises through trials and tribulations to become king. He/she is the one written about in the elder scrolls to save us all. Harry Potter, Anakin Skywalker, anything written by Terry Brooks or David Eddings are all examples of works and characters that follow this plot line. 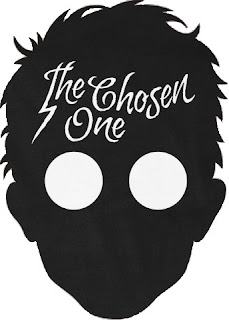 I get the appeal, of course. As a devotee of this genre (no matter your age), you want to identify with the protagonist in his/her quest to do the thing. You want the main character to be special because then you, by extension, are special. You want to loose yourself in the story and become that extraordinary being that will be the one that songs will be written about. I get that and I empathize...completely.

However, it's when I read it in print that I have to choke down the bile. For instance, I was completely immersed in J.K. Rowling's world until she began referring to Harry as the Chosen One. It happened about half way through the Deathly Hallows if I'm not mistaken. As soon as I read that phrase, I balked and the spell was broken (Pun, intended). The same was true when Obi Wan was shouting at Anakin that he was the Chosen One who would bring balance to the Force.

It's old and tired and just lazy writing if you ask me. Obviously, your protagonist has to be the one to do the great thing. However, you don't have to go around calling him the Chosen One or citing ancient prophetic legends to get the point across. All of that will be clear if you handle your plot well enough. In this case, I would point you towards the standard of our genre - Tolkein. With either Frodo or Bilbo, the reader knows that they are the ones to do great deeds but nowhere in any of the novels are they named as Chosen.

You have to make it clear that the only way this thing is getting sorted is if your protagonist is the one to do it. Sure, there will be doubt and obstacles, but you can manage to make your point without resorting to telling the reader that your person is the "Chosen One".
Posted by Michael T. Moir on October 12, 2016
Email ThisBlogThis!Share to TwitterShare to FacebookShare to Pinterest
Labels: Moir