Tonight, dear readers, I would like to relate to you the second half of the Chinese Diner conversation. I do not intend to make a habit of this sort of blog post as this is not the forum for such things. As The Professor politely and subtly reminded us in her last post, there are rules and we have gotten off topic. Still, I want to relay this particular conversation because of the depth of relevance to our current lives and (more importantly) because this is so going into my novel in some form or fashion. Next time, I promise to go back to more writerly things.

"Now you tell me, do you see any fat on this? How can this be bad for me when there's no fat on this at all."

I looked at the middling sized prawn skewered on the plastic fork noting the sheen of oil from the lo mein sauce. I briefly considered trying to explain lipids to him, but abandoned the idea for lack of motivation.

"I should think the noodles and sauce are just as bad for you. Lots of starch in those." I said through a mouthful of fried rice.

"Yeah, I guess." He began slicing the noodles with fork and knife, stirring the prawns into melee until he had achieved a homogeneous hash. "Well, all I know is that the Bible says the being gay is wrong."

I closed my my eyes and sighed. Why does it always come to this?

"Well," I said trying to concentrate on the Korean Pop playing over the radio instead of my own rising irritation. "I have an argument for that."

He looked up from his mincing and nodded. I took my cue and continued, "That particular edict is from Leviticus. According to the rest of that passage, you can't do a lot of things including eating shellfish." I finished with a decided jab of my fork at the shrimp in his bowl.

"You can't just pick and chose which parts of the Bible you want to follow."

"What version are you reading?"

Good gravy. There's only been about a thousand translators over two thousand years working on that version. "I'll have to look that up." I said trying to keep things from getting contentious. "Still, I think maybe you should consider a more scholarly version? Something with a more accurate translation of the Latin and Hebrew texts?"

He paused for a moment and then went back to spooning up his food. "No," he said finally. "I'm fine with this one."

I raised an eyebrow at him. "I'm just saying that there have been countless monk, scribes, and who knows who else involved with the King James version. I should think a great deal has probably been lost over time."

"I'm not like you. I don't have the curiosity to know more. This is just easier."

"I like things to be easy," he continued. "I don't want to have to think about it. It is what it is and that's that." 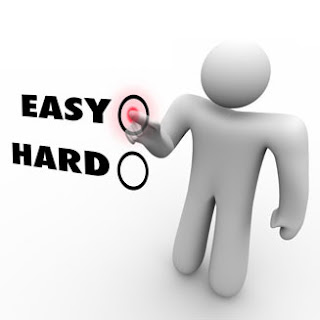 Posted by Michael T. Moir on May 10, 2017
Email ThisBlogThis!Share to TwitterShare to FacebookShare to Pinterest
Labels: Moir