In most antique shops, you can find old photographs of, you name it… whatever.  Old family photos from a hundred years ago, random photos of buildings, social gatherings, portraits of whomever, old school bands marching down small town main street America.  Boxes and boxes of old photos in random order, and I love thumbing through these photos.

It makes me wonder, who were these people?  What kind of life did they have?  Where were these photos taken?  Are the buildings in the background still standing?  Then I usually start processing why are these photos in some antique store? 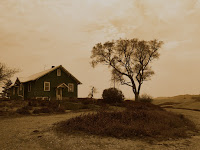 Is this what happens to family photos?

At some point, does a family ancestor get tired of the boxes of old family photos taking up storage space and say, “No one cares about these dumb photos, they are old, some antique shop will buy them.”
If that’s the case then what’s the point of holding onto photos.  That’s the typical cynic in me.

However, I love photography.  I’ve toyed with the hobby for well over thirty years.  My wonderful Great Aunt B. handed down a complete camera kit to me when I was 7 years old.  I am not sure why she gave me her camera kit--but what a kit it was.  It came in a long flat rectangular box that said “Kodak 110.”  Complete with several different types of films, flash attachments, and a tether (that if used correctly would prevent you from dropping this modern, state-of-the-art tool).  This camera eventually taught me that I had the ability to capture moments in time.

But at the age of 7, all I knew was I received a camera.

Who knows what happened to the camera.   Regardless, this camera got me to learn about photographs and it got me to recognize the end cap displays in the super markets.
Remember?.?.?  Those end caps of Gold…Kodak Gold that is.  Gold in 35mm to 110 cartridges and then some.  Gold that held color in 100, 200, 400, 800, and 1000 film speed, and you must not forget about the beautiful black and white film.

The days of film.

It doesn’t seem that long ago.
Remember dropping off film to be developed at those one-hour photo shops that eventually popped up in every town across America?  It was a revolution to the days of old, when it took a week to get your film developed because it had to be sent out.

The excitement of not only picking up your photos but also dropping it off to be developed still resonates.  Remember those negatives that accompanied your prints?  You could say film negatives were the original analog JPEG.  HUMMM, maybe not…but how else can you explain what a film negative is/was to someone of today?

I wonder if today’s Millennials would have the patience for one-hour photo shops to view/see their selfies?

My freshmen year of high school I took a photography class.  My father was reluctant to let me run off with his Canon AE-1, 35mm camera that he bought back in 1987.  I more or less shanghaied it from him, told him it would not be harmed, and that I needed it to pass the class.

From that point on, that camera belonged to me.  It was with me almost everywhere I went.  My first year of photography I learned how to load blank film stock onto a 35mm cartridges, develop the film, and make prints.  I can still smell those chemicals used to develop film.

Photography class opened up creative doorways for me to enter and explore.  My senior year I was one of five students assigned to take photos through out the year for the yearbook.  A graduation gift that I received was a new 35mm Canon EOS RebelX camera.  I used that camera as much as I could throughout my last month of high school.  I didn’t know it, but at that time I was spoiled with unlimited access to film and uses of a dark room to develop prints. 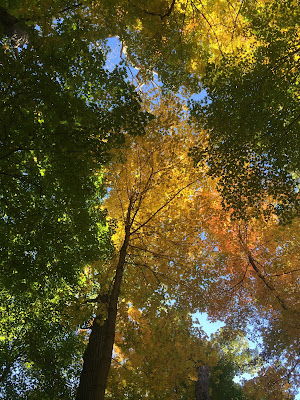 When I went away for my first year of college in Seattle, I had to afford rent and living expenses in downtown Seattle.  My first reality slap out of high school, living in a big city is not cheap.  My money went to living and not taking pictures.

Sure, I would buy a role of film here and there.  I would store the used film rolls in my sock drawer.  Randomly, I grabbed a role to get developed when I had extra money.  I think I still have a roll or two still waiting to be developed, images of moments in time, forgotten, just waiting to be exposed, re-remembered from a different life.

I set aside photography for many years.  I watched the digital revolution progress and take over the photo industry.  Long gone is film and one-hour photo shops.  Long gone are the stand-alone camera stores that had all the cool photography gadgets of the times.   Sure, I dabbled in the digital photo revolution as it evolved but it was many years before I really got back into the art.

I’m finding connections to writing and photography.  Photographers look for good setting, interesting angles and prospective, “POV”.  They look for interesting subjects, with interesting tonalities.  The same with writers. 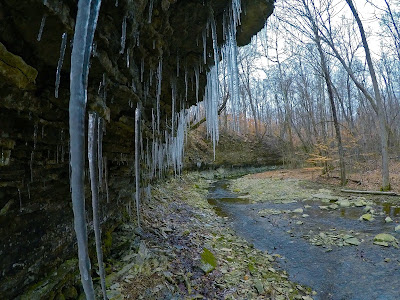 I wonder what items will be found in the antique stores of tomorrow.  The digital world of photography has done away with old boxes of forgotten photos of families and vacation trips to wherever.  Those boxes that sat in closets taking up valuable shelf space.
Now photo space is measured in bits, on hard drive, or flash drive or in some Cloud accompanied with #s and “likes.”

Perhaps the antique stores of tomorrow will hold bins of random old hard drives that one could thumb through.

Maybe a small basket will be set out by the cash register, filled with old colorful USB flash drives with a tempting note on the basket, “Buy one, Get one.”

One thousand words later….
Posted by Nick Dyakanoff on December 17, 2017
Email ThisBlogThis!Share to TwitterShare to FacebookShare to Pinterest
Labels: Dyakanoff